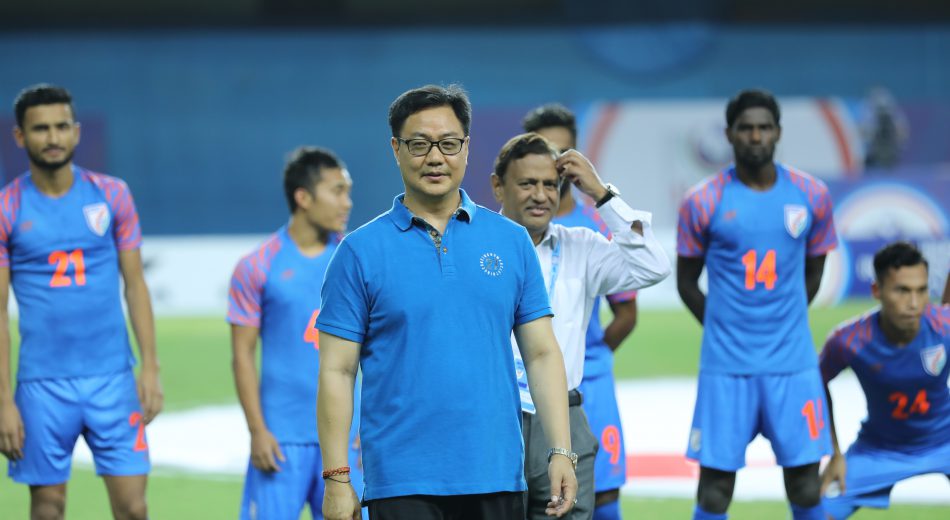 “We have seen certain improvements in our men’s as well as women’s football in recent times. From the sports ministry, we will provide extra financial help wherever it’s possible to scout, and nurture young talents as well as for the professional training, and other events,” Mr Rijiju quoted in an interview with the AIFF. He was speaking to the AIFF on the sidelines of the newly built Transtadia. The interview took place during the ongoing Hero Intercontinental Cup in Ahmedabad where he came to cheer for the men in Blue. 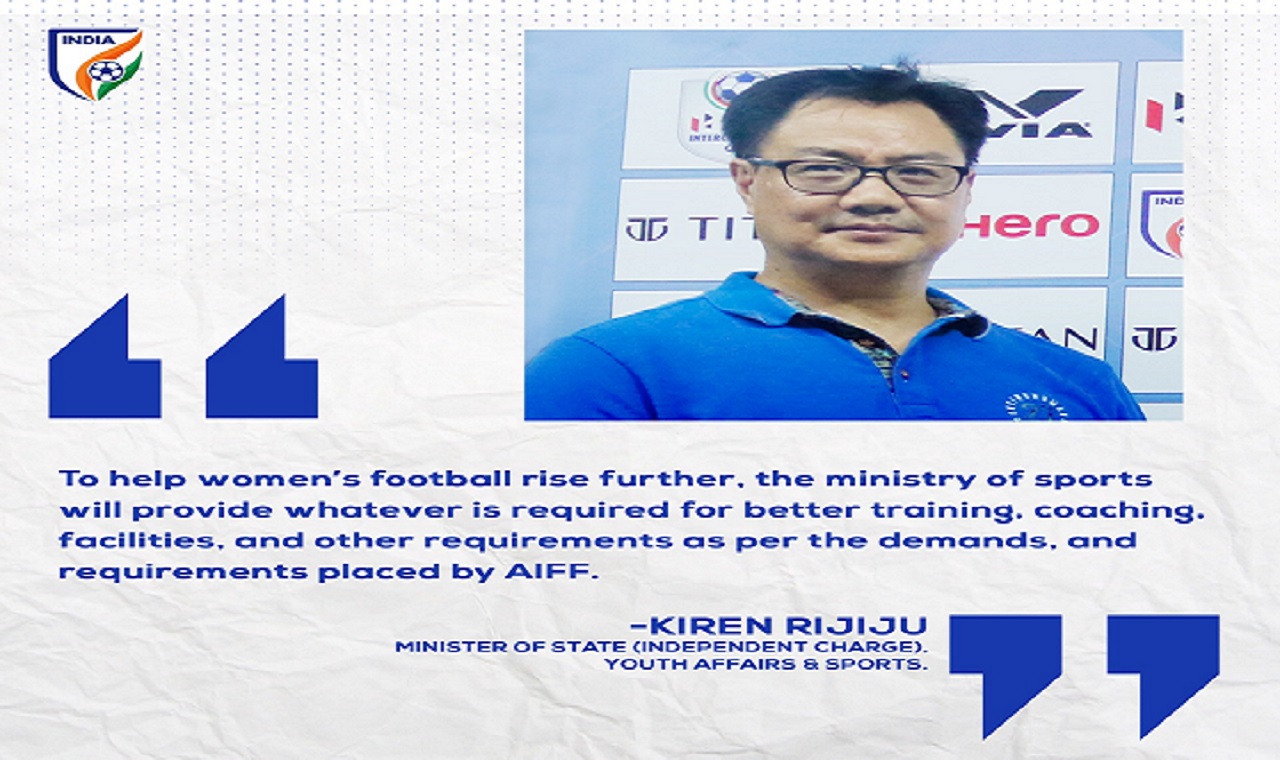 The 47-year-old minister was very vocal about his affinity towards football. He assured that the Ministry of Sports will put more attention to better training, coaching, facilities and other requirements. “We’ll always be there. I’m very enthusiastic about supporting any kind of sport in India, and football is very special for me” claimed the new Sports Minister of India.

He also praised the Indian Women’s football team for their leap in the FIFA rankings which were released on 12th July 2019.

Mr Rijiju concluded by quoting, “Football is the biggest game in terms of popularity, reach, size. We also have to put a lot of effort to improve our football. Be it a village or a city, football is a game which can be played anywhere. I’m very hopeful that the standard of Indian Football will rise in the years to come.”

As claimed all over the world, football in India is the “Sleeping Giant” which is starting to rise!