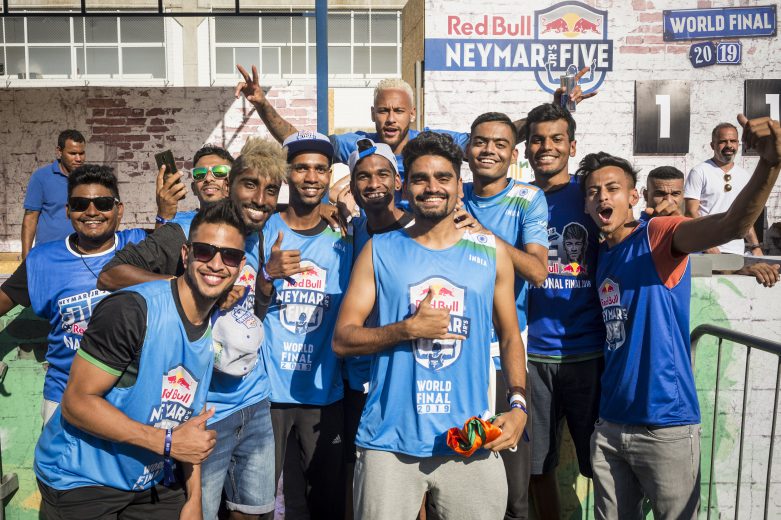 India’s Kalina Rangers remained the only team that defeated the title champions Zsírkréták from Hungary in the entire tournament.

Global football superstar Neymar Jr took to the field for the first time since his injury at the Copa America as the two strongest five-a-side football teams in the world were crowned at the Red Bull Neymar Jr’s Five World Final in Praia Grande, Brazil. After gruelling games at the World Finals (12-13 July), Hungary (Mixed) and Slovakia (Women’s) came out on top at the Instituto Projeto Neymar Jr in the neighbourhood where the Brazilian grew up. Red Bull Neymar Jr’s Five is the largest five-a-side football tournament in the world, organised by energy drink giant Red Bull.

Red Bull Neymar Jr’s Five 2019 India Champions, Kalina Rangers from Mumbai represented India at the World Finals in Brazil, and gained valuable experience with a historic win against Hungary, who were eventually crowned winners of the tournament. Unfortunately, their tournament ended at the group stage following a draw against Luxembourg and heart breaking defeats against Spain and Angola. Team India (Anthony Machado, Tyson Periera, Henderson Dias, Rayyan Shaikh, Craig D’Souza, Melvin Barboza and Charnel D’Almeida) the winners of the National finals of Red Bull Neymar Jr’s Five in Kolkata fought hard at the World Finals and will take invaluable experience of being part of the largest 5-a-side football competition in the world.

Replay of all the matches and results – https://www.redbullneymarjrsfive.com/en 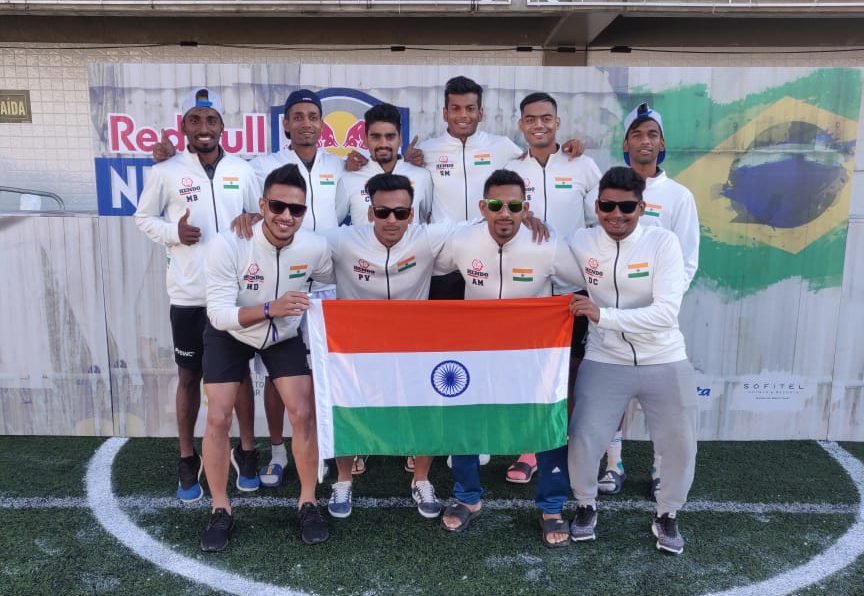 Team Kalina Rangers from India at the World Finals in Brazil.

Team Kalina Rangers Mumbai, India Player Anthony Machado said, “It is a special feeling to be in Brazil and represent India. We are also proud that we emerged winners among 3216 teams that participated at the Red Bull Neymar Jr’s Five 2019 National Champions. It enabled us to live out the dream of one day playing the beautiful game in Brazil. We played against some world- class football teams here at the World Finals. It’s a 10 minutes game, the ball doesn’t go out and you need to play continuously, so a lot energy you need to put in along with a strong game plan. We would want to thank Red Bull for continuously giving us wings and showing their support to 5-a-side football with tournaments like these. We are disappointed that we could not go past the group stages, however we are proud that we could win our last game against the eventual champions Hungary. It was a great learning experience and it will help only to  improve our game going forward. Our dream of meeting Neymar Jr. also came true.”

Over 100,000 players signed up for a qualifier in this year’s competition as elite five-a-side players battled it out in 40 countries across six continents. Hungary won 7 out of their eight matches, including a 2-0 win over Spain in the final, to land the title in the mixed competition. Their only defeat came against Team Kalina Rangers from India. The honour of being the second female world champions went to the Slovakia, who were consistent throughout the tournament and narrowly overcame Japan 2-1 in the final.

Both world champion teams will get an exclusive behind the scenes trip to visit Neymar Jr at Paris Saint-Germain. ZSÍRKRÉTÁK from Hungary and Spartak Myjava ženy from Slovakia join Deportivo Mago from Mexico and Resenha 013 from Brazil (2018), Tao United from Romania (2017) and Anjos Da Bola from Brazil (2016) as winners of the prestigious tournament, organised by Red Bull. Neymar Jr. watched the semi-finals and finals from the stands with friends and family, before stepping onto the field with his own special team to face the world champions in two memorable matches. It was Neymar Jr’s first taste of action following an ankle injury which had kept him out for six weeks, but the 27-year-old showed no signs of rust as he tricked and flicked his way around the newly crowned World Champions, leaving them in awe.

Speaking after the competition, Neymar Jr was impressed with what he’d seen: “The level was really high, really intense today,” said the Brazil forward. “This competition reminds me of my childhood when I used to play 5×5, 3×3, 2×2 in the streets here. I’m really proud to be able to host people from so many countries in the neighbourhood where I grew up.”

Few highlights of the tournament with Neymar Jr’s:

Also Read: FC Mumbaikars set to host trials for U-13 & U-15 I League teams

FC Mumbaikars set to host trials for U-13 & U-15 I League teams
India drawn against Asian Champions Qatar, Oman, Afghanistan, and Bangladesh