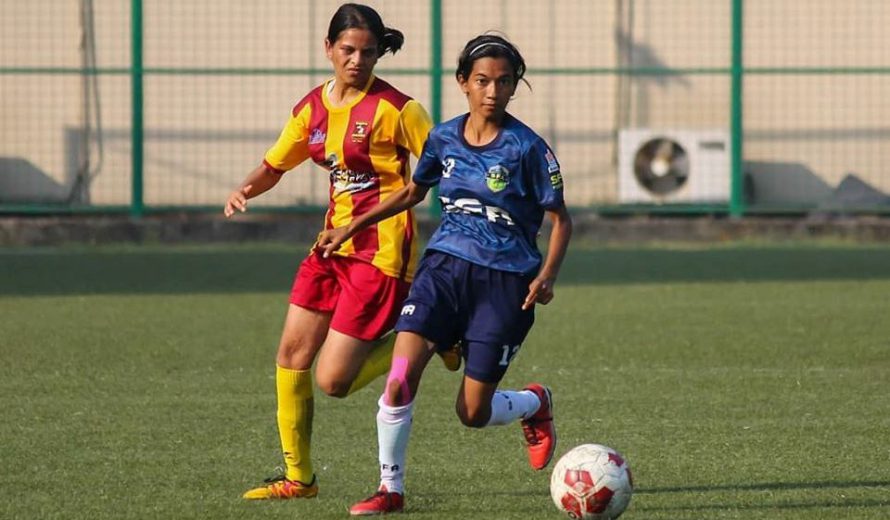 The leader and the star performer Mhasi Khaunuo Paunuo of Samuel FA played out another decisive performance to lead her side to a commendable victory.

In their final game of the first round, Samuel FA locked horns against Snigmay FC. Samuel FA killed the game in the first half netting four goals past their opponents. A known name, Mhasi Khaunuo Paunuo, who also happens to be the captain of the team played out another great performance.

She opened the scoreline at the 25th minute of the match. Giving a smooth start to her team, she contributed another three goals to ensure a decisive lead against Snigmay FC. The first half concluded on their favour where the scoreline read 4 goals to nil.

In the second half, Samuel FA conceded their only goal of the match scored by Sapna Rajpure of Snigmay FC. In the last ten minutes of the game, where things got intensified, Samuel FA’s coach made two defensive changes. Gloria Cyprien Alphonso was introduced in place of Priya Shinde and Nandini Pathak replaced Pranali Vhanagade.

Samuel Football Academy has booked their slot in the final round with this win as they now have 13 points from 6 games. On the other hand, Snigmay FC conclude their journey with 7 points from 6 matches.