The 2019 edition of MDFA Independence Day Cup is set to go underway tomorrow 14th August with the final rounds to be played on August 15th at the St. Xavier’s Ground, Parel.

Just like every year, Independence Day Cup will be played on 14th and 15th August. This year, a total of 14 teams will participate in the knock-out tournament, 12 participating teams are from MDFA Elite Division with Mumbai City FC and Iron Born FC.

After having one of their best seasons in the recent years, Elite Division Champions Mumbai Customs look like a strong contender to lift the Independence Day Cup title. Defending champions HDFC too would be raring to challenge for the trophy, the team had good run in Elite Division campaign last season qualifying for the play-off round.

From Elite Division (Private group) Kenkre will be the team to look out for. The club had an excellent campaign qualifying for the play-off round. Elite Division’s Western Railway could be called as the dark horses of the tournament. Railways has historically done quite well in the Independence Day Cup and has been the finalist in three of the last four editions, winning once and losing twice to Indian Navy.

Below are the Knock out round and fixtures: 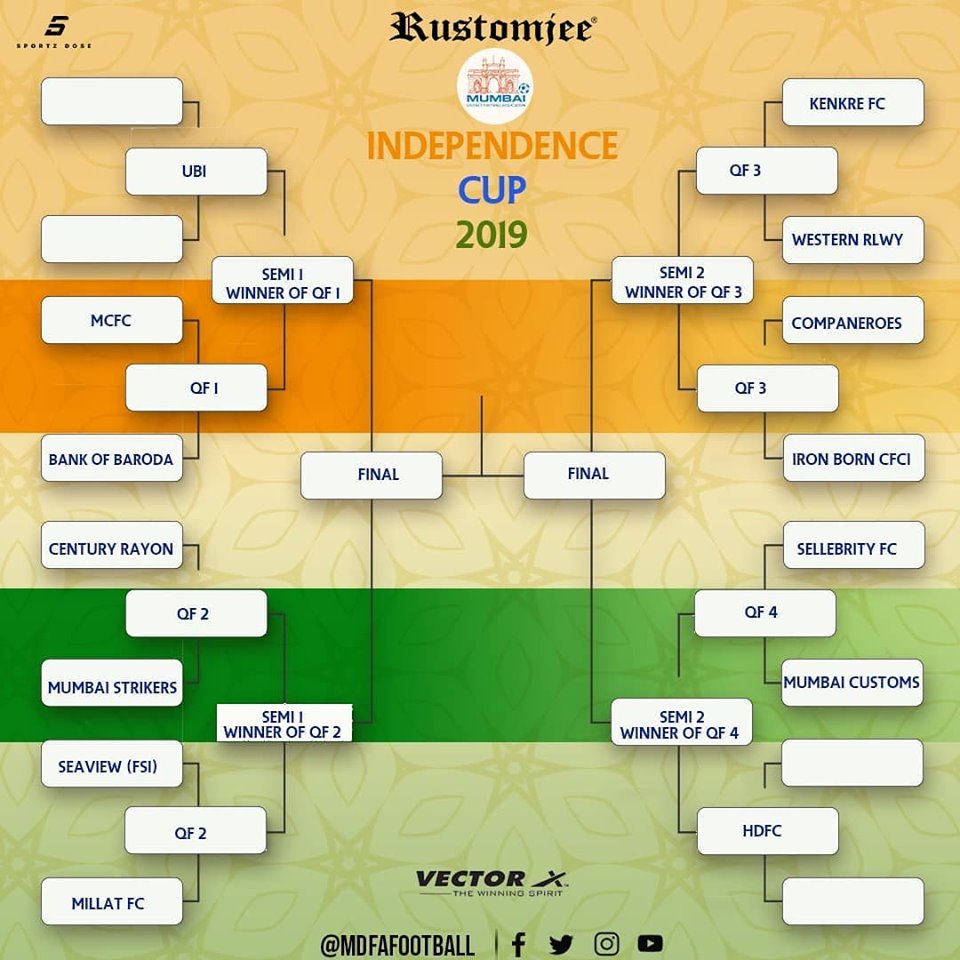 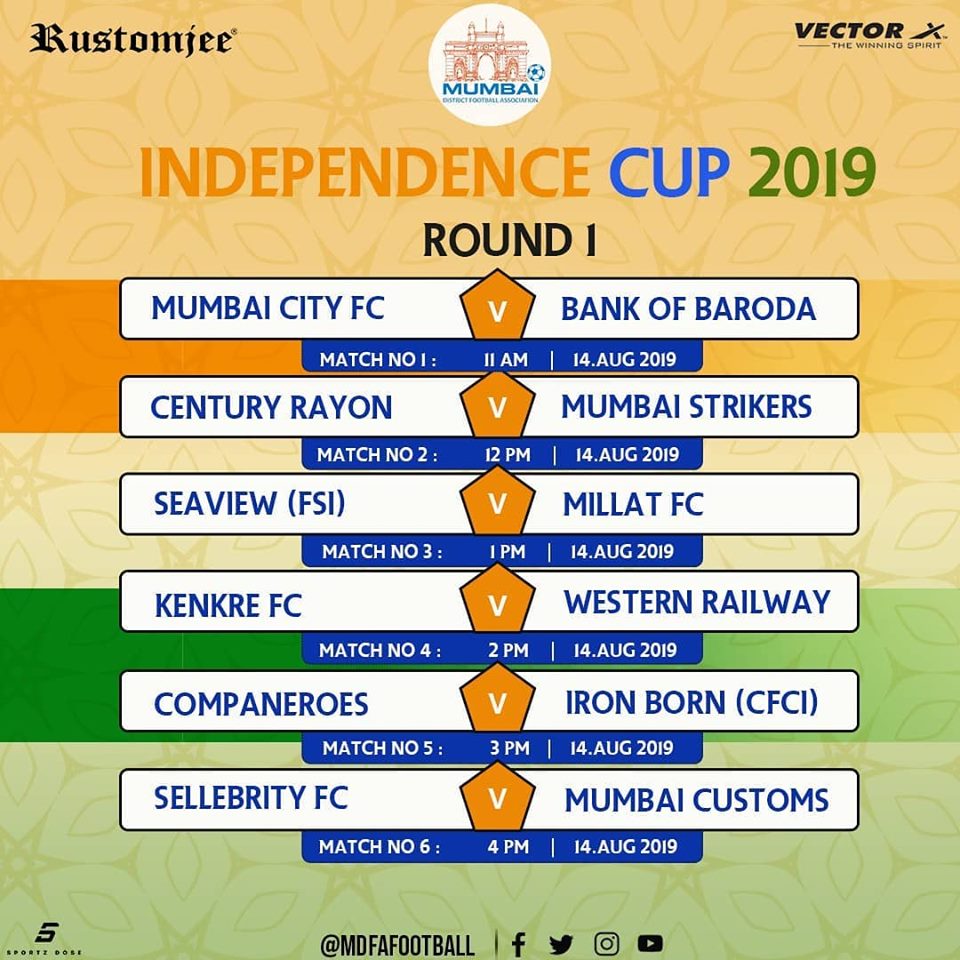