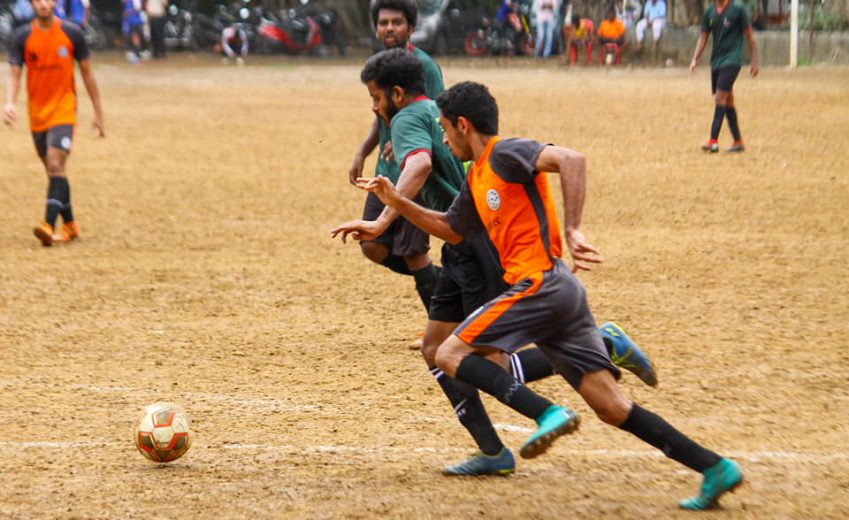 Mumbai City FC developmental squad had a forgettable outing in the opening game of the MDFA Independence Day Cup against Bank of Baroda squad. The ISL based outfit were down to 9 men by the end of the game. After a cagey but even start, both sides headed for the break on level terms.

Immediately after restart, Bank of Baroda almost opened the scoring after a defensive error allowed an opening but the attempted shot rebounded off the crossbar. Midway through the second half, Kaif Khan was booked for the second time for a challenge inside the box. Denzil Mascarenhas converted the spot kick to give BOB the lead. Down to 10 men and by a goal, Islanders ventured forward in search of equaliser however it was just not their day, as minutes before full time, Twain Fernandes got sent off. BOB soon made the numbers advantage count as Anup Singh made it 2-0 deep in injury time to finish off the game.

In the other game, Century Ray and Mumbai Strikers played out a goalless draw as the game headed in to penalties where Strikers emerged victorious to qualify for the quarter-finals. In the next game, Sea View (FSI) knocked out Millat FC via penalty Shootout (3-2) after normal time yielded 1-1 result. It was Millat who took the lead when Rushikesh Koli, however in the very next minute Sea View equalised via Kausthub Sardal strike.

In the fourth game of the day, Western Railway came from goal down to win against Kenkre FC. The game began with Kenkre taking an early lead as Silvester made it 1-0 in the 2nd minute. Midway through 1st half, Merwin pulled things back to level terms before Avinash made it 2-1 in favour Railways. The game ended with Western Railway booking their place in QF, knocking out Kenkre FC. In the next encounter, Armash and Leander put the Iron Born into a 2-0 lead before Egyptio pulled one back for Companeroes. There were no further goals as the game ended 2-1 in favour of Iron Born (CFCI).

In the final game of the day, Elite Division champions Mumbai Customs made short work of Sellebrity FC as they registered a comprehensive 3-0 win. After a goal less first half, a brace from Jersey no.21 Marc along with a goal from Shrikant ensured Customs finished the game with a win.