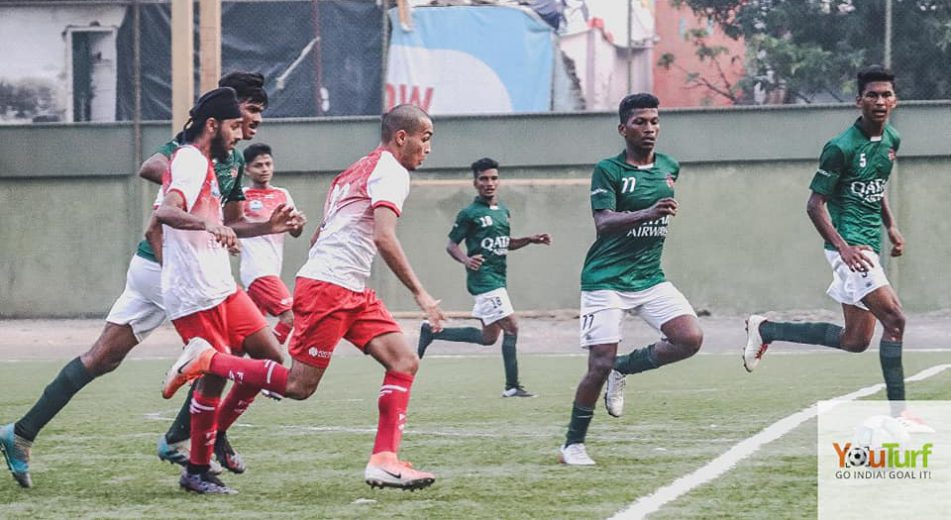 Mumbai-November 21: After succumbing to a close 1-2 loss against GMSC in their opening encounter, Kenkre FC bounced back strongly to thrash FSI Sea View 4-0 in their second MDFA Elite Division encounter.

In an one sided match, Kenkre FC took control of the game early on, when in the 14th minute Chris Godve’s headed attempt beat the keeper to find the back of the net as Kenkre FC went 1-0 up. The goal boosted the confidence as Kenkre pressed for more and were soon rewarded with the second when Siddhant doubled the lead in the 27th minute.

Kenkre continued to pile more agony on FSI Sea View as seven minutes later Rajan tripled the lead for former with a fine header past the keeper and in to the net. FSI – Sea view gained composure after conceding the third as the defenders began in working tandem to deny any further goals. However with minutes left to close the game, Kenkre pushed for one more goal and Arish Solaria converted his chance to finish the game 4-0 in favour of Kenkre FC.

With this win, Kenkre has now 3 points in two games while FSI Sea View remained at relegation zone with just 1 point in three games.