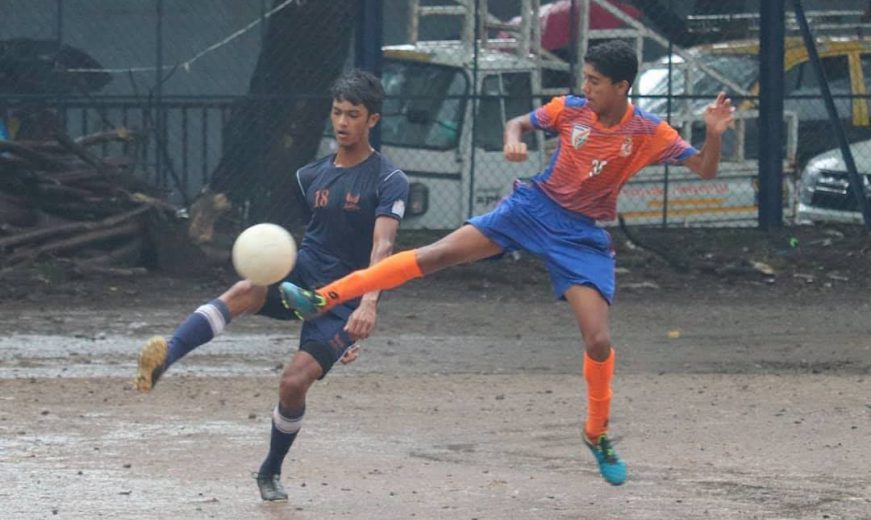 KSA Ambitious FA, South Mumbai FC and Ravens FC all scored identical 2-0 wins in their respective 3rd Division encounter of the Rustomjee-MDFA League 2019-2020 and played at the St. Xavier’s ground, Parel on Wednesday.

In the opening game, group leaders, KSA Ambitious FA faced Football league leaders in their fourth encounter of the league. After a goal less first half, KSA outfit scored twice in the second half through Jagdeep Singh and Mihir Koli to cruise to a 2-0 victory. A stunning goal off a freekick by Jagdeep Singh set the tone before a mistake by FLA Keeper was smartly capitalized upon by Mihir Koli to make it a 2-0 win over Football Leader Academy (FLA).

In the other fixture of the day, Ravens FC struck two quick back to back goals in the first half to pick up a comfortable win over Young Boys. Suraj Sonawane (21st minute) and Rohit Singh (22nd minute) netted the two goals within a space of minute to complete a comfortable victory.

In the South Mumbai FC vs Veer Engineering Sports encounter, the former came out with a comfortable 2-0 wins courtesy of goals from Saif Shaikh and Abdul Khatri.

Also Read: Sunil Chhetri is certainly an inspiration to all of us: Women’s National team star Sanju Yadav