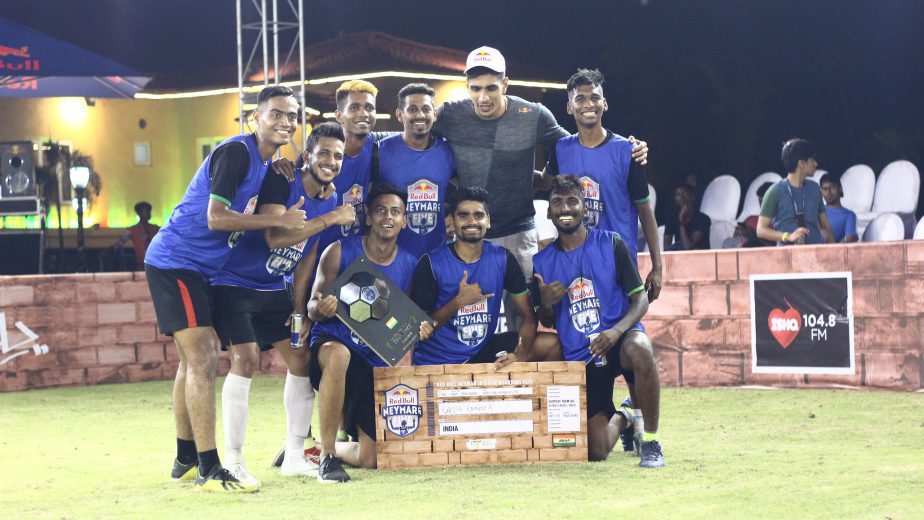 Kalina Rangers, who had earlier won the Red Bull Neymar Jr’s Five national finals is off to Brazil, where the team will be representing India in the world finals.

After falling at the final hurdle for the last two years, Kalina Rangers finally broke the jinx to lift the trophy this year and book their ticket to the Samba land. In the final, Kalina Rangers had defeated Team Underdogs from Aizawl 1-0 to win a trip to Brazil and represent India in the world finals.

More than 40 teams from around the world will do battle in São Paolo, Brazil to see who will be crowned 2019 champions. The winning side then have the chance to take on a team captained by Neymar Jr.

It has been exceptional journey for these Mumbai Boys, who have finally realised their dream of playing in Brazil. “Feels really great, finally we have done it (after losing finals in previous two attempts) but this time we were well prepared and we worked on what stopped us from making it to the world finals earlier” exclaims Tyson Pereira, who has been part of the side for a long time now.

Having started playing football since the age of 10, Tyson did not take 5-A-side football seriously, until three years ago when the game started picking up steam round Mumbai. Tyson believes Rink football is picking up in Mumbai very quickly, “Rink football in Mumbai is getting tougher every weekend. Many talented young players are joining in and the growth is unpredictable.”

Regarding Red Bull Neymar Jr’s Five tournament, Tyson was all praise, “I’ve been playing this tournament since the last three years, the concept is really good and the rules are my favourite, I swear! Finally we have made it after two tries so it has been an amazing experience for me.”

Clinton D’souza, who plays for Kalina Rangers brother club Joga Bonito expressed disappointment at failing to make three national titles in row but backs Kalina Rangers in living up to the expectations in Brazil. “Kalina rangers is obviously the best team to represent India. They make us proud every time the step on the field. I wish them all good luck and I’m sure they won’t disappoint any of us.”