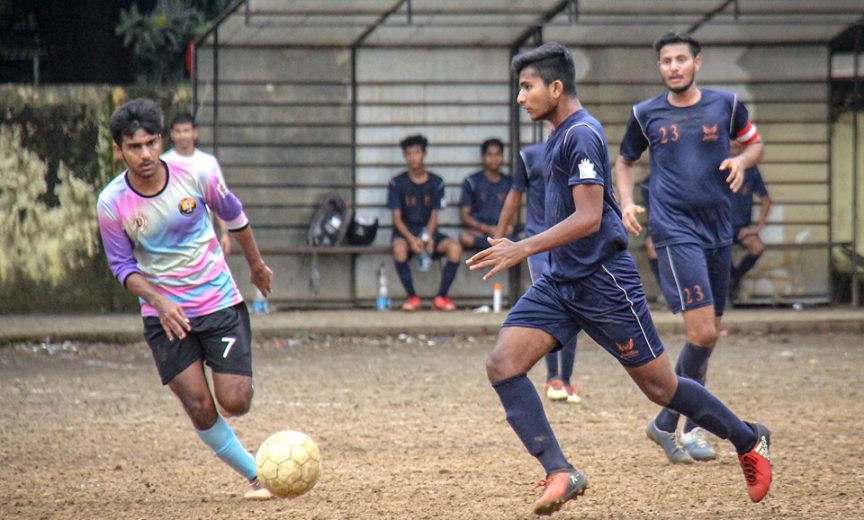 In a hard fought encounter, KSA Ambitious FA rode on their solid defence and a Nimish Dugad header to edge past South Mumbai FC by a solitary goal. While in other 3rd division games, both Somaiya SA & India on Track scored an identical 2-0 wins.

Striker Pranay Vajral and Abhiraj Singh scored two goals in space of three minutes midway through the first half to give Somaiya a commanding 2-0 lead. In the second half, Soccer Club Chincholi tried making a comeback but failed to breach the Somaiya defence as the game ended with the latter taking all three points.

In another encounter, Tanish Bedi brace within the first 10 minutes of the game was enough for India on Track to earn a comprehensive 2-0 win against Jeevies FC.

In the KSA Ambitious versus South Mumbai encounter, the latter started off brightly with some attacking forays however the central defensive duo of Amit Yadav and Sahil Wankhade. In the dying minutes of first half, a cross from Devarshi Koli was headed into the net by Nimish Dugad as ambitious took 1-0 lead going into break. In the 2nd half, South Mumbai end to end football ensued with goalkeepers from both sides kept busy by strikers. The game ended at 1-0 with Ambitious FA walking away with vital three points.

Another third division game between Millat FC Colts & Palkaya FC was called off.