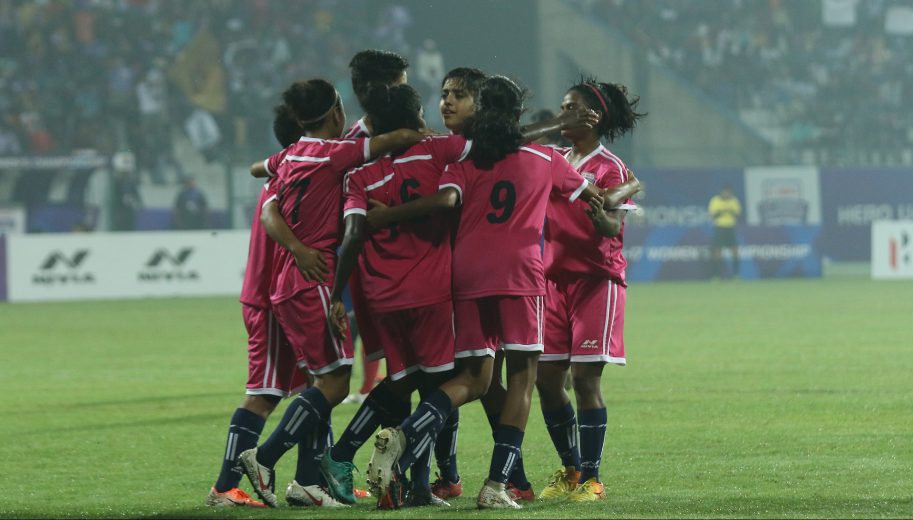 Lionesses emerged champions of the FSDL-organised Hero U-17 Womens Championship, defeating Tigresses 7-2 in the final here on Sunday.

Lionesses picked up from where they left in the league phase after winning all three of their games. The 4-1 win over Tigresses on Friday was only a prelude as Lynda Kom led from the front to break the deadlock. The crowd was treated to some tantalizing display of football as all four goals in the first half were awe-worthy.

Sai Sankhe proved her worth for the second time this tournament, coming off the bench and scoring almost immediately. Priya PV-coached Tigresses found their groove late on as they bagged a couple of goals late on but Alex Ambrose masterminded yet another tournament triumph, a little more than a month after guiding the Indian team to the SAFF U-15 Women’s Championship in October.

Aimed at scouting the best talents to form the national U-17 team ahead of the 2020 FIFA U-17 Women’s World Cup to be held in India, the tournament witnessed thousands of football fans cheering on the girls from the stands in the summit clash. The tournament turned out to be a massive success giving India U-17 women’s team head coach Thomas Dennerby had plenty of names to choose from and groom ahead for the mega event next year.