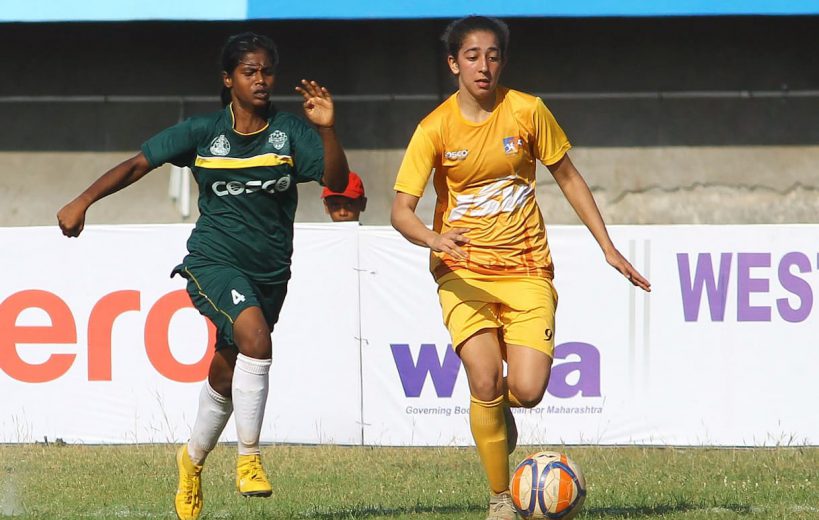 A decade ago in Nigeria, a certain Brazilian named Neymar Jr. announced himself to the world at the FIFA U-17 World Cup and began the journey that has seen him become a global icon and the most expensive player in the sport’s history.

With a burning desire to follow in her idol’s footsteps, Delhi girl Aveka Singh has hopes of playing at the FIFA Women’s U-17 World Cup in 2020 and make the nation proud.

Talking to the AIFF, she recalled the day when she got to know that India will be hosting the mega-event next year. “I woke up in the morning, read the news and thought nothing could be better than this! The World Cup is the biggest tournament in the world and if I am fortunate enough to get a chance to play, it would be incredible,” Aveka exclaimed.

The playmaker was in action at the Hero Junior Girls’ NFC 2019-20, currently underway in Kolhapur and was at the heart of the side from the capital’s encouraging performance – consisting of a narrow 2-1 loss against defending champions Tamil Nadu and a 2-0 win over Madhya Pradesh.

“The experience of playing here (in the nationals) was pretty good. We had two tough matches and were a bit unlucky in the first but I’m glad we got out with a win. It was a great exposure overall,” she said after the match against Madhya Pradesh, where she scored the second goal with a delightful curling finish from the top of the penalty box that crashed in off the post.

The 15-year-old took her first steps in the sport after her school decided to form a football team for girls, starting out as a left winger like her hero Neymar. “I like moving the ball around, controlling the tempo of the game, creating chances and assisting my teammates. I don’t mind scoring a few goals either,” she smiled.

Eight years on since starting out, Aveka has developed into an attacking midfielder and has represented India at U-15 level – winning the SAFF title last year in Bhutan. Talking about her experience with the national team, she stated, “Nothing can mean more than playing for India. It is a truly amazing feeling and hard to describe in words.”

She made her international debut under current women’s senior team coach Maymol Rocky, who is also at the Junior Nationals as a talent scout. “Aveka is a very intelligent player,” Rocky said. “She has good quality on the ball and brings other players into the game as well. There is a lot of potential in her and she can develop into a top-quality player.”

Footie First FC rope in GoalSquad as Kit Sponsors for the new season
Sumati Kumari: I believe we can go all the way to final and lift the trophy