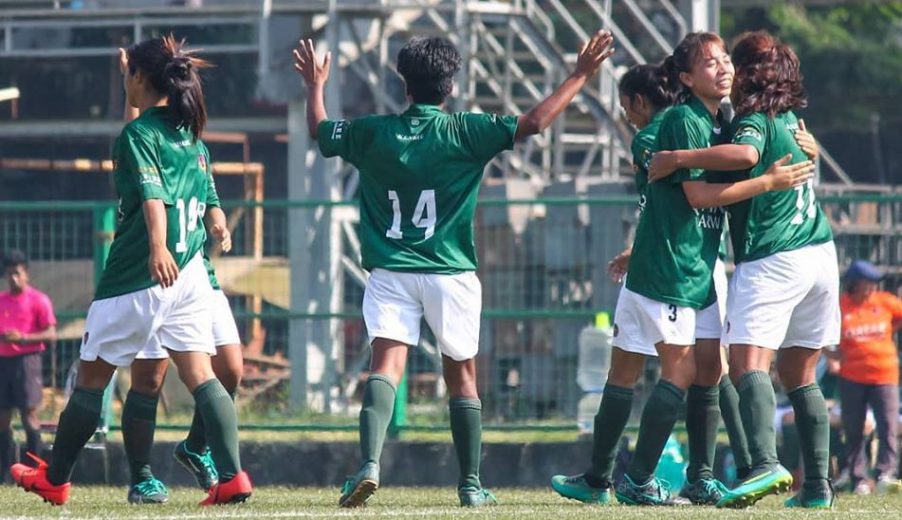 Kenkre kicked off the day with a soothing victory against Football School of India. In a game of two halves, Kenkre scored a goal in each. Kenkre’s leading scorer, Jyoti, broke the deadlock at the dying moments of the first half, ensuring her team a positive break time. Kenkre FC stayed robust to their gameplan in the second half. They went on creating chances and controlling the game from the midfield. The defence line stayed compact and played some crucial passes to create opportunities. Soumya Guguloth put the final nail in the coffin by scoring at the 81st minute for Kenkre. The final score read 2-0.

PIFA SC played the second game of the day against Samuel Football Academy in which the former outplayed their opponents. PIFA’s commendable run in the group stage continued on their first game of the final round. Leah Poonawala, a sturdy winger, who has been lethal throughout the campaign starred by scoring a brace. She scored the first goal at the 42nd minute and netted the second in the 45th minute. Tripati Deep, who replaced Sasmita Behera at the 40th minute, scored a late injury-time goal to give PIFA a laudable 3 goal lead at the first half. The second half began, only to see PIFA increase their lead. Namrata Thakur scored at the 51st minute, which seemed enough for the outfit to gain all three points. PIFA maintained the momentum and the scoreline remained unchanged till the final whistle was blown.