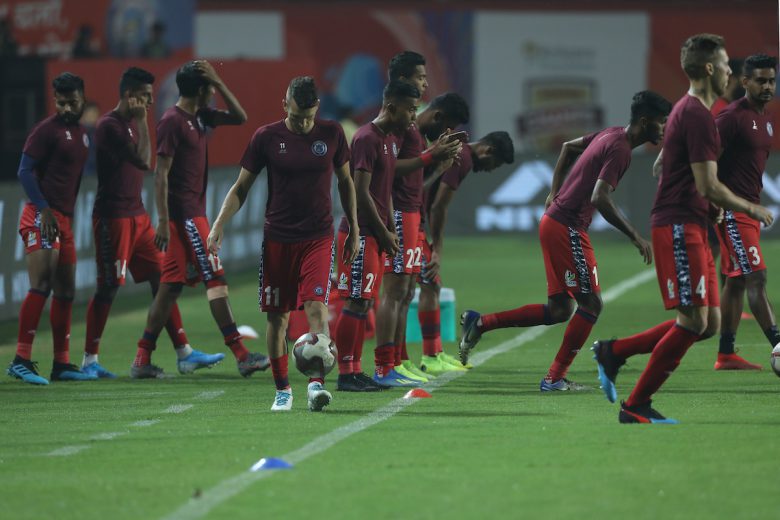 Jamshedpur FC will look to make a hat-trick of home wins when they face defending champions Bengaluru FC at the JRD Tata Sports Complex here on Sunday.

The Men of Steel have made a fantastic start to the Hero Indian Super League season, having picked up six points in two games against Odisha FC and Hyderabad FC.

Coach Antonio Iriondo’s team has played an attacking brand of football and have taken the game to the opposition. Key to their style of play has been midfielder Piti, who has controlled the proceedings and has shown that he has an eye for defence-splitting passes. Piti’s performance will be key against Bengaluru, who are yet to win in two matches.

“Playing against the defending champions is a big test. They are a very good team. It will be a mistake to see the table and judge Bengaluru. (But) we have been doing well so we have a chance to win. The important thing is to focus on your own team and your own strategies,” said Iriondo.

Jamshedpur striker Sergio Castel, who has taken the ISL by storm with two goals to his name already, will also play a huge role for Iriondo’s team. And it isn’t just their foreign contingent, the Indian players such as Farukh Choudhary, Aniket Jadhav and Mobashir Rahman, have shone so far.

Bengaluru FC, on the other hand, is searching for their first win this season after having picked only a point each in their last two fixtures. They drew against NorthEast United FC in their opening game and were unlucky to settle for a point against FC Goa, who had a late penalty from Ferran Corominas to thank.

“A lot of positive things to take away from the Goa game. I am proud of the way we played. Coro did not get any chance. My defenders read the situation well and stopped them from scoring. We have lost four points but now we have to be mentally stronger than ever. We will come out stronger against Jamshedpur,” said Bengaluru FC coach Carles Cuadrat.

Whether Jamshedpur will look to keep the ball and dominate or choose to hit on the counter against Bengaluru is something which Iriondo has to take a call. But going by the way they have played in the two matches so far, they are comfortable doing either.

A mouth-watering clash is on the cards as two solid teams go head-to-head this weekend.