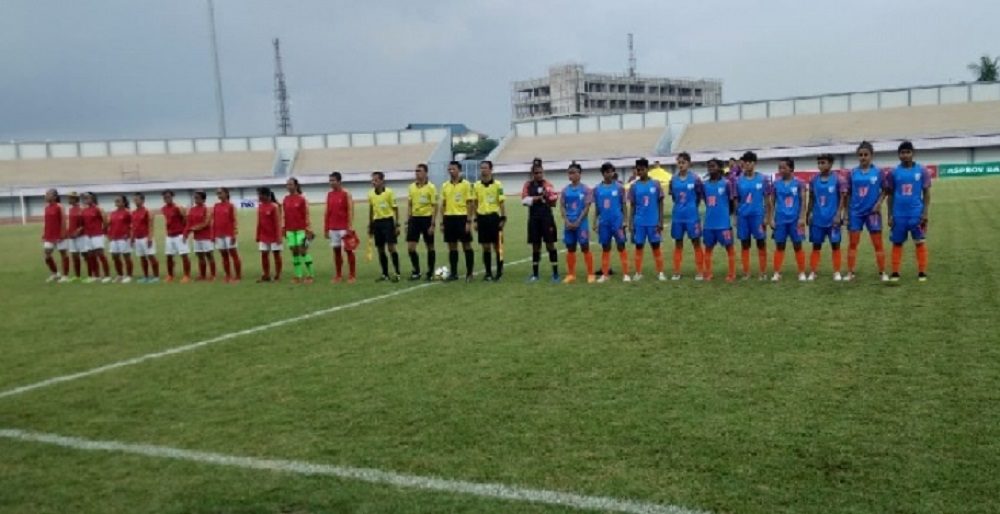 NEW DELHI: Two goals, one in each half, gave the Indian Women’s National Team a 2-0 victory against hosts Indonesia in Jakarta on Wednesday. While Sanju scored in the first half, Dangmei Grace netted the second just minutes ahead of the full-time whistle.

This was India’s second successive victory against Indonesia, the previous match ending 3-0 in favour of the away side on Sunday.

India started off with a great momentum right from the start with right-back Dalima Chhibber being the main initiator from the flank. A couple of early free-kicks from long range saw winger Sanju, and striker Anju Tamang missing narrowly.

As Head Coach Maymol Rocky egged her team on, Sanju put the away side into the lead with a perfectly-placed shot into the top right corner after Ratanbala played her through into the Indonesian penalty area.

This goal gave more gusto to the Indian side, as they attacked with more purpose.

But the home side nearly pulled level a few minutes later, as a cross from the right was met with a header. But it hit the cross-bar and looped out of play.

India, however, were not much willing to let the hosts come back and preferred to keep the play in the opposition third for long periods. Their efforts finally paid dividends in the second minute of injury-time when Dangmei Grace chipped a rebound over the Indonesia keeper to make it 2-0.