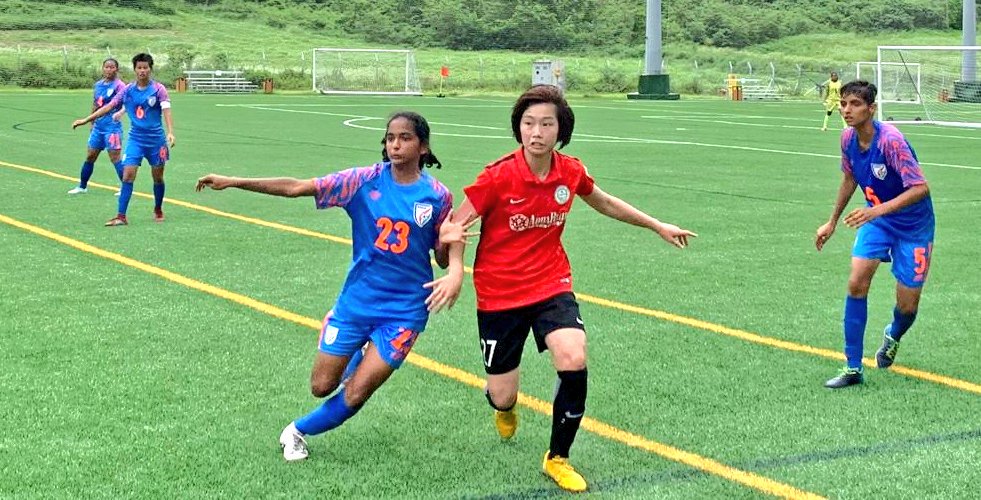 India U17 Women’s team will play a Tri-nation series in Mumbai this December with Thailand and Sweden being the other two teams.

The tournament is slated to run from December 13th to December 19th and will involve the U17 women’s teams of Sweden and Thailand. The tournament will be played out in Mumbai at Andheri Sports Complex.

This is a preparatory tournament being held in lieu of the upcoming FIFA U17 Women’s World Cup to be held next year in India. Newly appointed India U17 Coach Thomas Dennerby will look to use this tournament to test out the pool of players that he had the option of picking from the recently concluded Hero U17 women’s championship 2019.

Both Sweden and Thailand will be tough opponents for India. While the Swedish U17 Women’s team has qualified for the UEFA Women’s Under-17 Championship to be held next year, Thailand were the Champions of AFF U16 Championship held this year. Meanwhile the India U17 Women’s lifted the SAFF Cup held this October.

Each team will play each other once with the top 2 teams playing the final on December 19.