India U17 Girls squad for the upcoming Tri-nation series announced, to play Sweden and Thailand 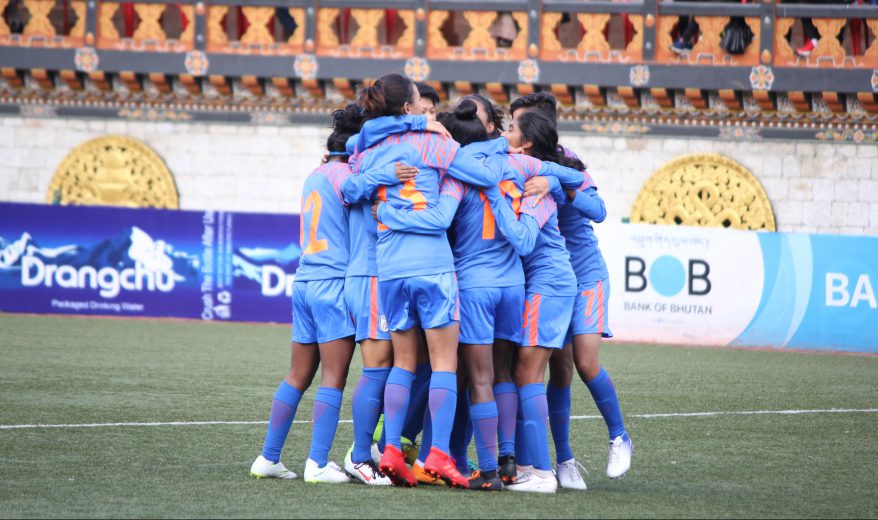 Mumbai will play host to upcoming U17 Women’s Football Tournament that will see India take on Sweden & Thailand, both powerhouses in the global women’s game

India is all set to host the FIFA U17 Women’s World Cup next year and with the preparations and build-up in full swing with the U17 Women’s Football Tournament — a first-of-its-kind international tournament for girls that will see India take on Sweden and Thailand, both powerhouses in the global women’s game.

The tournament being organized under UEFA Assist in collaboration with AFC comes right after the recently-concluded Hero U17 Women’s Championship that took place in Kalyani, which saw a total of 73 players divided into four teams playing against each other as the Alex Ambrose-coached Lionesses emerged victorious.

AIFF General Secretary Mr. Kushal Das spoke about the importance of competition as part of the build-up for next year’s World Cup, laying emphasis on the “quality of opposition” the Indian U-17 girls will face.

“It is the first time an International tournament for girls in being hosted in India and I’m really looking forward to it. With the FIFA World Cup on the horizon this will be a great opportunity for the Indian team to the likes of Sweden and Thailand. I wish the teams all the best for the competition,” he said. “I also need to thank AFC, UEFA, FSDL, Ministry for Sports and Youth Affairs, and Hero Morocorp for all their help and support.”

India U-17 World Cup Coach Thomas Dennerby felt the tournament will “benefit the team immensely.” “It is very important to play International Friendlies against strong opponents. It helps us to learn more about decision making in crunch situations, besides helping us to maintain the pace of the game,” he maintained. “The players and all the staff are very much looking forward to the tournament. It is an acid test which was very much needed.”

Sweden ranks as one of the top nations in the world in women’s football, with their senior side finishing third in the FIFA Women’s World Cup 2019 in France — which was also the fourth time in eight editions that they finished in the top four of the global extravaganza.

Thailand too are considered to be one of the top nations in Asia in women’s football, with them having secured consecutive qualifications for the last two FIFA Women’s World Cups along with a fourth-place finish at the AFC Women’s Asian Cup 2018 in Jordan.

The fixtures for the tournament are as follows:

All matches will be played at the Mumbai Football Arena, with the group-stage matches scheduled to kick-off at 6 pm. The final is slated to start at 5.30 pm.

The 22-member Indian squad is as follows: