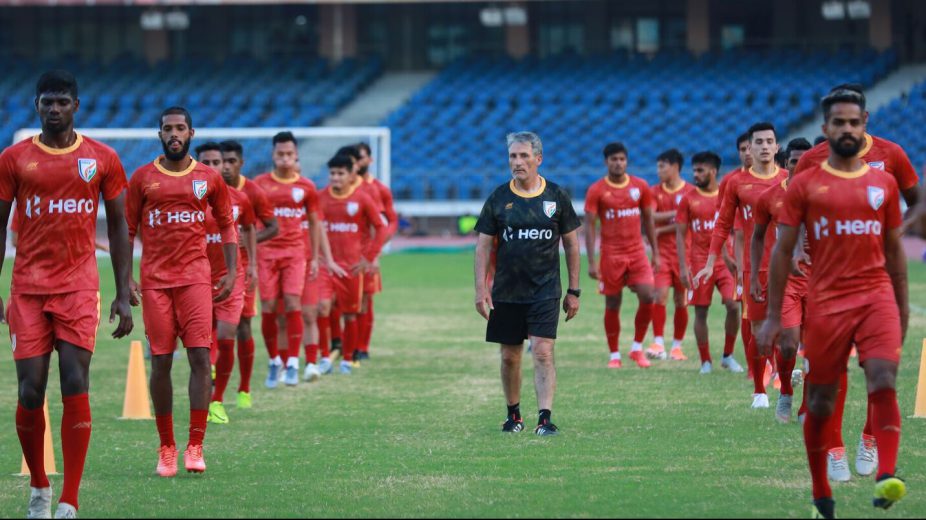 With “phase 1 of the working programme” having been “accomplished,” National Coach Igor Stimac released 6 players from the list of 37 which has assembled for the preparatory camp in the Capital

The list of released players includes Vishal Kaith, Germanpreet Singh, Nandha Kumar, Redeem Tlang, Bikramjit Singh, and Sumeet Passi. Stimac, who as a Coach had guided Croatia to qualify for the FIFA World Cup Brazil 2014, said that he has informed all about “expectations for the following week.”

“I am very happy with the efforts put in by all the players till now. There is a serious competition to get into that final list of 23 who would be representing the country in the King’s Cup,” Stimac maintained.

“We have released 6 players who are to go back. Each one of them has been given an individual working programme which is to be executed in the future by themselves in an attempt to improve on their fitness, and technical, and tactical abilities,” he stated.

“We have accomplished Phase-1 on our working programme. We have had meetings with the staff, and players about their work accomplishments till today. We have informed them about expectations for the following week,” the Coach explained.

The Blue Tigers have been preparing for the King’s Cup which is slated to be held in Buriram, Thailand from June 5-8. The King’s Cup is a FIFA-sanctioned International ‘A’ tournament being organised by the Football Association of Thailand since 1968.

India’s previous participation in the King’s Cup were in 1977, and 1981. India play their first match against Curacao on June 5, with hosts Thailand taking on Vietnam in the other match on the same day. The winners of both the matches qualify for the final, while the two others teams would be playing the play-off for the 3rd spot on June 8.

Also Read: Blue Pilgrims have a day out with Blue Tigers