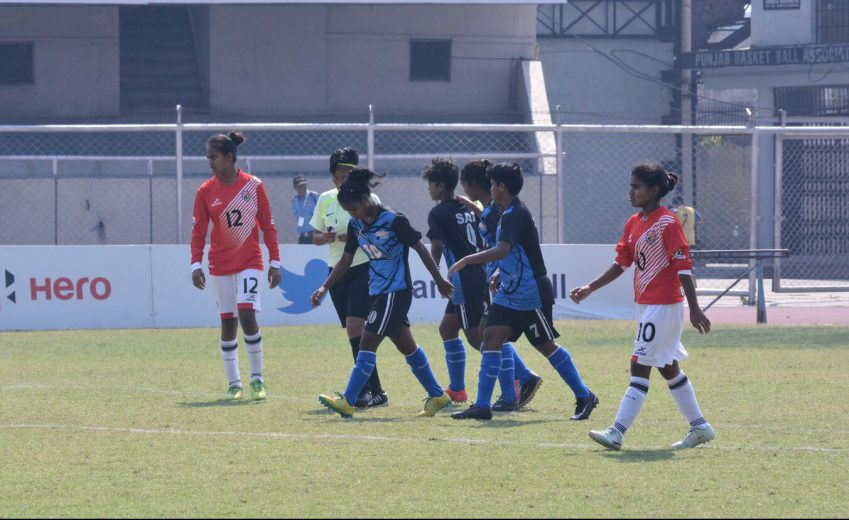 SAI-STC Cuttack boosted their chances of qualifying for the semifinals by posting their second win in a row, this time, beating Bangalore United FC by a slender margin of 1-0.

Deepa Nayak converted a penalty late in the second half to earn the three points for SAI, after the side from Odisha suffered a 0-10 loss against Manipur Police SC in their first game. Jyoti Kumari was awarded the Player of the Match for her gutsy display in defence.

Bangalore United started off the game at a high tempo, enjoying long bouts of possession, as they pushed the likes of Paromita Sit and UK forward Tanvie Hans up front. While Sit led the line, Hans dropped back to pick up the ball and spray it around the park.

SAI, however, defended resolutely till the end of the first half, and came out with more purpose in the second. India U-18 international Soni Behera played a crucial role in the middle of the park, aiding the defence to thwart the Bangalore attacks.

Their plan worked perfectly and a counter attack with a little under a quarter-of-an-hour left, when a hand ball inside the Bengaluru box by Sivasankari Arumugam resulted in a penalty for SAI, which was duly converted by Deepa Nayak.

Then on, it was just a matter seeing out the match till full-time, as the side from Odisha move up to six points on the table.

Player of the Match – Jyoti Kumari

“It was a difficult game, yes, but we tried really hard to play well. With a little more effort, we’ll play a lot better and we’ll keep trying harder.”