Four things we have learned from european football this season It’s a reality that the centre of global football is still in Europe. Sure, the next great player could be honing his skills on the streets of Sau Paulo or the youth leagues of India. But, for the time being, we live in an age when all eyes are still drawn to the big leagues on the European continent.

Football can have an osmosis like quality, however. Things we see, certainly in terms of tactical development, go from one place to another, regardless of borders among countries. What we see in the professional game today, could be influencing young Indian hopefuls for years to come. In light of that, here are four things that we have seen in Europe this season that could have a big impact on the rest of the world for years to come.

Full Backs Are No Longer Unfashionable

For years, the left and right back positions were the home of the dogged defender, the least skilful players. Sure, there were some great full backs, such as Paulo Maldini, and some great and skilful ones, like Cafu. However, these guys were exception to the rules. The likes of Kyle Walker, Leroy Sane, Marcelo, Joshua Kimmich, Trent Alexander-Arnold, Danny Alves and a host of others prove we are in a glorious era of the full back. These players offer so much more in an attacking sense than those in same position a decade ago.

If You Want to Be a Star Keeper: Learn How to Use Your Feet

The latest Premier League title betting sees Manchester City as the 8/13 favourites and Liverpool as 6/4 second favourites. Barcelona, who have already wrapped up La Liga, are the 5/2 Champions League favourites, with Liverpool and Man City next in line at 7/2. Want to know what unites these three sides? Goalkeepers who can are as comfortable with the ball at their feet as they are with their hands. Ederson, Alisson and Marc Andre Ter Stegen could basically play outfield, such is their talent. Their managers insist that they play the ball with their feet, not wasting the ball with hopeful long kicks up the pitch, and it obviously works. It could change goalkeeping forever.

A Centre Back Could Upset Messi and Ronaldo

The Ballon D’Or, the most prestigious individual award in world football, has belonged to Lionel Messi and Cristiano Ronaldo in the last decade. Luka Modric broke the dominance last year, but has since regressed along with Real Madrid. 888sport, a site listed with these top bookmakers offers, give Messi odds of 17/20 and Ronaldo 2/1 to win. However, keep an eye on Liverpool’s colossus centre-back, Virgil Van Dijk. Odds of 13/1 suggest he has a chance to be the first defender to win the award since Italy’s World Cup-winning captain Fabio Cannavaro. 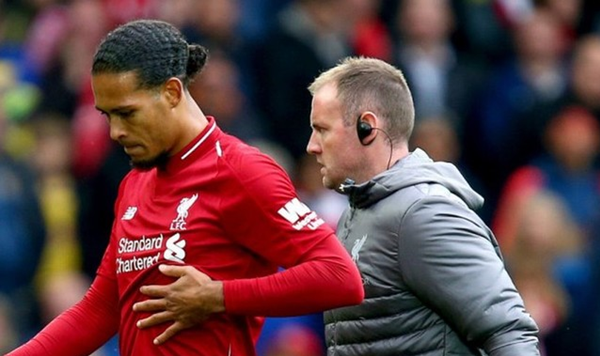 The High Press Can Be Countered

Students of the game were flummoxed as how to counteract the gegenpressing tactics of Jurgen Klopp and other illustrious in recent years. The high-energy tactic, which aims to win the ball back quickly, regardless of where it is on the pitch, has proved highly effective. However, the best-antidote seems to be to allow the pressing team the ball, then hit them fast on the counter-attack with long balls behind the defence. For the counter-tactic to work, you’ll need pacey forwards, as well as good vision from the goalkeepers and full backs like we mentioned earlier.