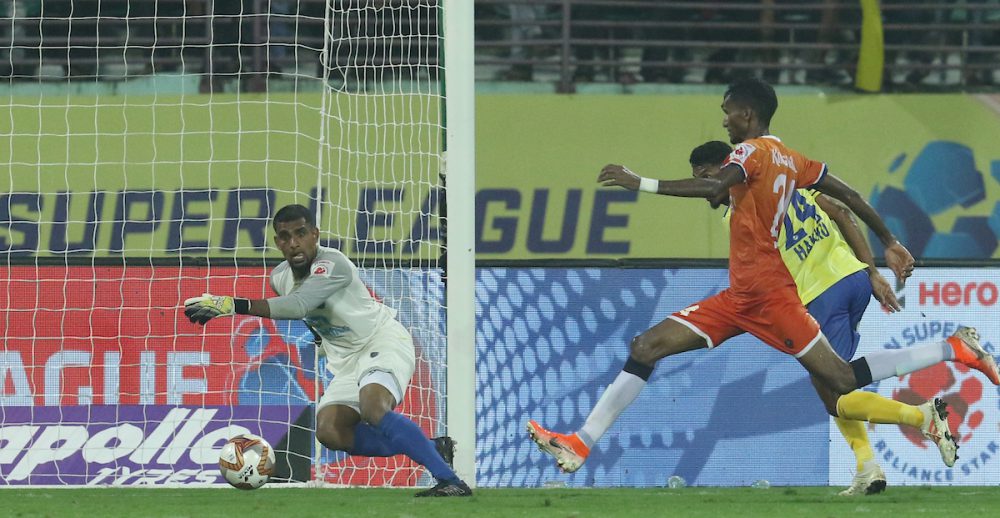 FC Goa will be out to reclaim their spot at the summit of the Hero Indian Super League when they take on Odisha FC at the Jawaharlal Nehru Stadium here on Sunday.

Goa are currently in second spot with 15 points from eight games, while Odisha are seventh with nine points. Sunday will see two Spanish tacticians, Sergio Lobera and Josep Gombau, who like to see their teams hog possession go head-to-head. It should make for an interesting tussle in the middle of the park between two sets of technically-proficient players.

“I think it is important to keep possession and have the ball as much as possible. We did not have the ball too much in the last few matches. Odisha are playing very well. I saw their matches and they are a good side,” said Lobera. Goa are coming off a confidence-boosting 2-1 win over ATK in the previous game. Importantly, star forward Ferran Corominas returned from injury and got himself on the scoresheet as well.

The Spaniard will back his team’s attack to fire against a shaky Odisha defence. Goa have the second-best attacking record this season (15 goals). More interestingly, nine of those goals came from set-pieces and Odisha are very susceptible in dealing with them. Gombau’s side have conceded five goals from dead-ball situations.

Also, FC Goa have scored as many as five goals in the final quarter of matches while Odisha have a tendency to concede late. Odisha FC will miss the services of midfielder Vinit Rai due to suspension. Bikramjit Singh is likely to be deputised alongside Marcos Tebar in the middle of the park as they look to take on the likes of Brandon Fernandes and Ahmed Jahouh.

FC Goa’s preference for possession-based attacking football leaves them vulnerable to being repeatedly caught with too many players committed in attack, something that Gombau will hope his pacy wingers can take advantage of. The likes of Jerry Mawihmingthanga, Nandhakumar Sekar and Xisco Hernandez will play key roles.

Striker Aridane Santana will also be important for Odisha, having scored four goals this season and all of them have come away from home. This is also a chance for Gombau to improve his record against top teams in the league. Odisha, who are coming off a win against bottom-placed Hyderabad, have won just one match against the current top-six teams this season (vs Mumbai City).