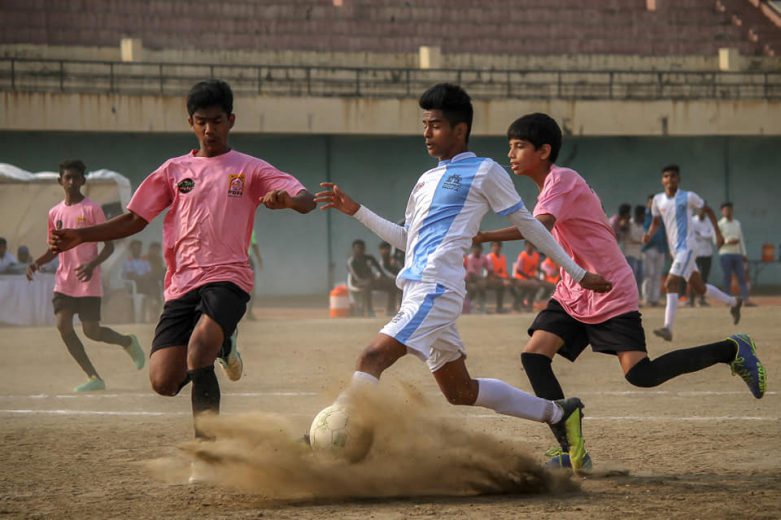 What a final! It lived up to the hype as Pune extracted a measure of revenge by beating defending champions Mumbai in a penalty shootout.

The game started and ended with Tushar Durga – undoubtedly the player of the tournament. The 2019 Wifa Inter-District Championship Sub-Junior Boys is hosted by the Western India Football Federation (WIFA) and Jalgaon District Football Association (JDFA).

Flying headers, red cards, penalties…the final was an absolute thriller! Pune got off to a flier when Tushar Durga hit home a superb header in the 2nd minute. Mumbai bounced back in the 21st minute when Craig Daniel Salve’s pinpoint cross was headed in by Aryan Mahadeshwar.

They were down to ten-men when Viju Pawar was given his marching orders at the stroke of half-time. The first yellow card was for a foul on Durga while a second was for un-parliamentary conduct. Mumbai took the lead when Salve’s superb run into the box allowed him to stab home a pass in the 55th minute.

But Pune made it 2-2 in the 56th minute as Venkat Navin outjumped three defenders and thumped in an unstoppable header.

Navin almost got a third for Pune only for his long-ranged shot to go over the bar. Full marks to Mumbai who defended well despite the numerical disadvantage. But as penalties beckoned…it proved to be a bit too much for them.

Salve ironically had his spot-kick saved!  Mohd. Kaif Ansari also fluffed his lines from the spot for Mumbai. Surely it was poetic justice that Durga converted his spot-kick to give Pune a 4-2 win.

Mr. Yogesh Pardeshi (Shiv Chattrapati Shivaji Awardee for Carom) was the chief guest for the final. Dr. Anita Kolhe (joint secretary, JDFA) and Mr. Farooq Shaikh (secretary, JDFA) gave away the respective trophies and awards to the players and officials.

They gave a congratulatory speech as to how the tournament was a blessing for the state of Jalgaon and aspiring footballers.

Player of the game: Venkat Navin