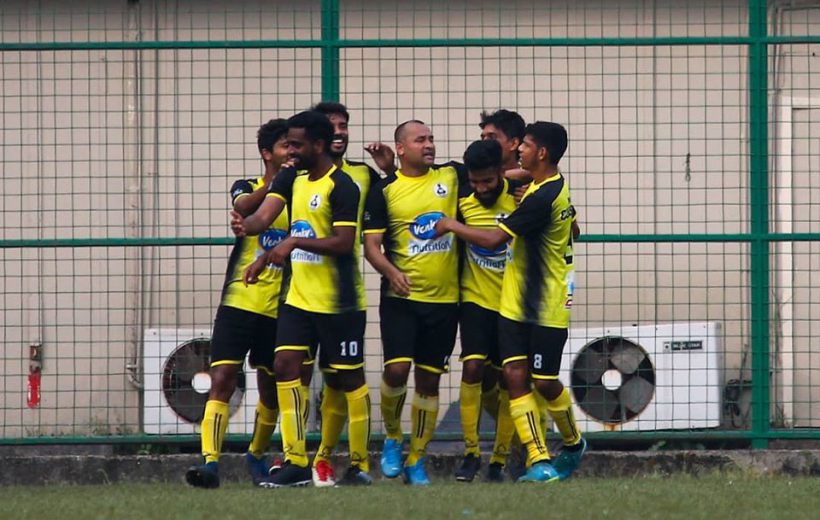 Trailing by a goal for most part of the game, two late strikes from Super sub Dhaval Waghela and Veteran Defender Hekmat Singh gave Mumbai Customs a crucial win in an entertaining Elite Division encounter played out at the Cooperage ground, Colaba on Monday.

After a goal less first half, UBI took the lead early in the second half courtesy of a snap shot from striker Kiran Gaddam in the 50th minute. Customs responded with couple of attacks of their own but found it difficult to beat UBI Defence. However in the 85th minute Substitute Dhawal Waghela turned out to be the super sub with an equalizing goal. A cross into the far post from the wings was headed into the middle of the box where Dhawal made no mistake in heading in to the back of the net.

With momentum on their side, Customs went for the kill putting men forward in attack. They were soon rewarded in the 2nd minute of the injury time when Shrikant’s cross from right flank found Hekmat Singh inside the box. The Custom veteran made no mistake as his tap-in beat keeper to make the score 2-1.