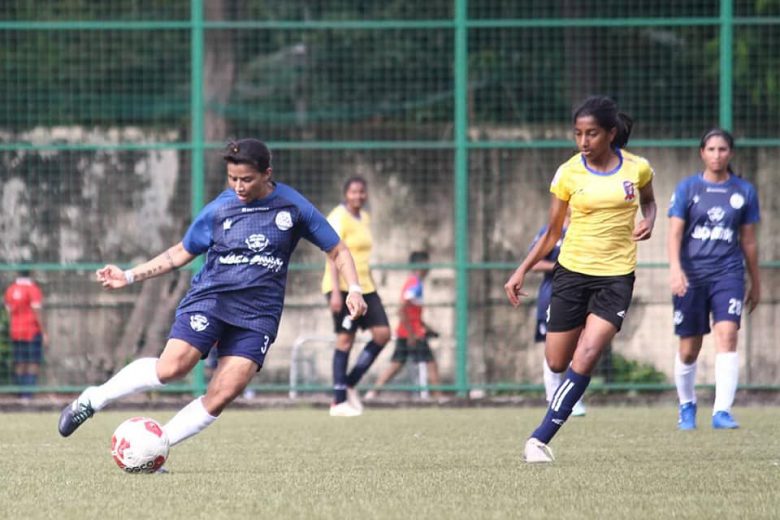 Jennifer Rayar opened the score sheet at the initial minutes. She completed her brace and gave Community Football Club a two goal lead at the 18th minute. The young Utkarsh Krida Manch side tried to get back into the game but the first half concluded in favor of Community FC leading by two goals.

Utkarsh Krida Manch seemed exhausted at the last 10 minutes as the team conceded 3 goals within that time. Sanaya Anklesaria, a senior player, received the man of the match. Sanaya led the team from the back and helped maintain the shape. On their win, she said “I think our experience played a major role. Our opponents are considerably young. We have been playing together for 10 years now and our bonding is our main advantage. It was a good match. Utkarsh Krida Manch is a strong team and if they play together for some years, they can do really well.”

He further explained how the women’s game in the nation is growing. He emphasized on the fact that women are no less than men and they must receive equal opportunities. “The players are disciplined, focused and hardworking. They want to learn which is quite a similar trait to what boys have. I think women must get equal opportunities and they will do well”

There are no matches of WIFA Women’s Football League tomorrow. On Monday, on one hand Riva FC will take on Community Football School of India and Utkarsh Krida Manch FC will play against Bodyline SC at the Cooperage Stadium, Mumbai.