Anyone can become a scout as scouting is all about observation: Colin Chambers 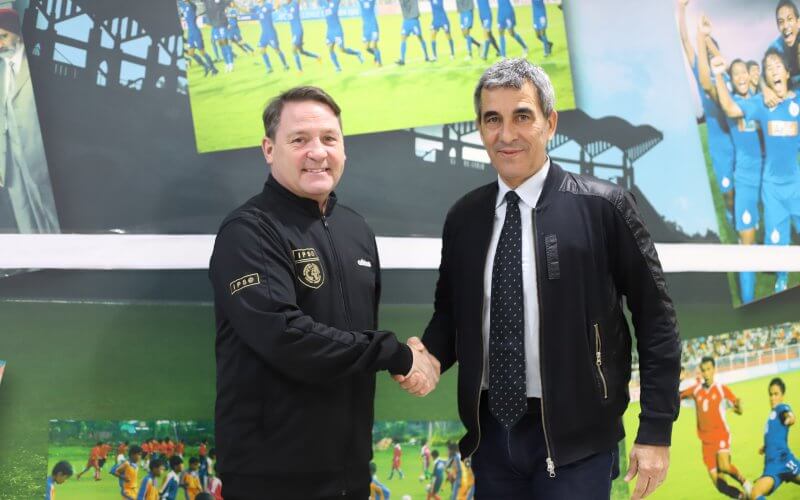 All India Football Federation conducted a scouting course at the Football Headquarters, the Football House where Colin Chambers, Director IPSO (International Professional Scouting Organisation) educated the participants about “looking looks deeper into the character and attitude of the player.” In a freewheeling interview, Chambers spoke at length about the course, as to who can become a scout, the secrets of making a good scout, and much more. Excerpts:

What was the purpose of the scouting workshop?

It was conducted to show scouts, coaches, managers or anyone interested in the football industry in India the merits of a high-quality scouting course. It had procedures that have taken years of football evolvement to be put in together, and in this case, help improve the football community in India.

What do you make out of AIFF’s effort in going for such a scouting workshop?

I think it was very much the need of the hour. With Technical Director Isac Doru, and Head of Coach Education Savio Medeira at the helm, Indian Football now has two guys who are very experienced and are aware of the next stages of development that India football needs.

To build up the National Teams and clubs in general, scouting in India will play a massive part in improving the procedures so that the best players get selected. Scouting is a massive skill. These workshops and courses will have an impact and add to the development of Indian football.

There are different schools of thoughts saying only a former player is fit enough to become a scout while others feel that anyone can become a successful scout.

This is a myth. Are the best managers all ex-players? Not really.

An ex-player should have an advantage as they have played the game. If they have coaching qualifications, it is always an advantage.

But I know lots of scouts who haven’t played the game but are top scouts across the world. Scouting is all about observation. I always refer to them as observation specialists. Most significantly, observation of a player is not always football related.

Arsène Wenger and José Mourinho were not great footballers at all. Mourinho, in fact, started off as a translator, then learnt scouting and analysis, and the rest is history.

What is the basic difference between a scout and a normal fan?

Most people can spot the obvious – the skill of the player with the ball, the speed, physical endurance, etc. But scouting looks deeper into the character of the player, the attitude of the player. It feels the player will absorb instructions, or will they be disciplined.

These are not football skills, and you don’t need to be an ex-player to note these. I started at grassroots, and I have never been a professional footballer. Yet I made it to the top level with hard work, watching numerous games, analysing closely, being observant. And as you do this over the years you start to understand the game like a chess player understanding how to play chess.

So that means you can always produce a scout.

Surely. But the person in question has to have a lot of ingredients to do the job. Desire, passion, discipline. You may be tempted to think I am talking about a good footballer. But in reality, anyone can do anything they want in life if they are passionate. I think you would have to love football to become a good scout.

What are the qualities which one needs to possess to become a scout?

Desire, passion, discipline, willingness to learn, observant, patient, open-minded and above all dedication.

What was your overall impression of the attendees in the scouting course at Football House?

When a football person talks to another, you can gauge their intelligence in the game. My observation skills kicked in after 10 minutes, and I need to admit the students didn’t disappoint. No one was pretending to know more than they should, and the questions were very honest and open. I liked that as the students looked hungry to learn. They were never worried about voicing their opinion.

Also Read: 100 goals and beyond: How FC Goa has managed to successfully marry style with substance