All or nothing for Odisha, Hyderabad 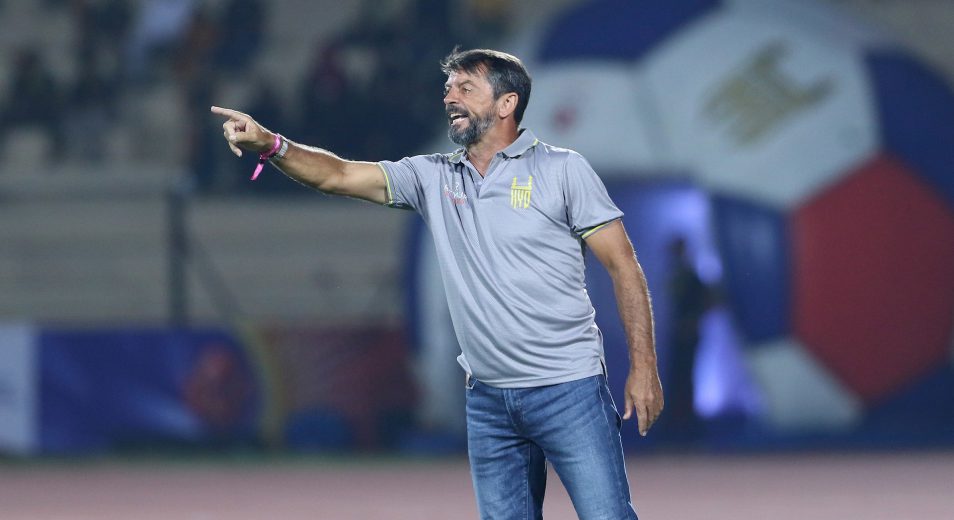 Odisha FC and Hyderabad FC will eye their second win in the Hero Indian Super League as the two sides come face-to-face at the Shree Shiv Chhatrapati Sports Complex here on Wednesday.

The teams have not exactly hit the ground running and find themselves in the wrong half of the table. While Odisha have six points from seven games and are placed seventh, Hyderabad are rock-bottom with just four points. The teams have struggled in front of goal as they have only two goals to show from their last four outings.

In their last four matches, Odisha FC have only managed to garner a single point which was away to Chennaiyin FC. Coach Josep Gombau has time and again spoken of his preference to play an expansive brand of football and not giving importance to yielding results through a pragmatic approach.

“Tomorrow is a crucial match. It is a massive game for us. It’s all or nothing. We are with a chance to get to nine points and we are close to fighting for the play-offs as well. It is important to take this mentality and not add pressure on yourselves,” said Gombau.

The Spanish coach would take heart from their performance against Bengaluru FC last week where they created numerous chances to not just equalize but pick three points. However, as has been their story, they have been wasteful in front of goal. The likes of Xisco Hernandez, Jerry Mawihmingthanga have created chances galore but the conversion rate has not been great.

Set-pieces have been an issue for the home side as four out of the nine goals they have conceded have come through free-kicks or corner-kicks.

Hyderabad FC coach Phil Brown has his hands full as he needs to get his team up and running following their 1-0 defeat to FC Goa. What would make matters worse is that Marcelinho, their star performer, is suspended for the tie after having accumulated four yellow cards. Their away form is nothing to be proud of. Of the 14 goals against them, 10 have come on the road. But Brown projects a confident picture ahead of the Odisha game, emphasising that his team is about to turn a corner.

“We respect Odisha, their coach and players, but we are just round the corner from a good run. As a coach, it’s my responsibility to make sure that players don’t get frustrated with results because of the way we play but I don’t think they are [frustrated].

“Odisha enjoy keeping possession in their games but possession doesn’t necessarily win you games, taking the opportunities certainly does and that’s what we will be trying to do tomorrow (Wednesday) night,” said Brown.

The good news for Brown is that centre-back Gurtej Singh and left-back Sahil Panwar are back in contention for a start. But influential midfielder Marko Stankovic will miss the game after suffering a hamstring tear in Hyderabad’s previous game against FC Goa.

It’s a battle between the underdogs and a win is something the teams desperately seek.