Ahmednagar, Thane sneak through to next round of WIFA Women’s Inter-District Football Tournament 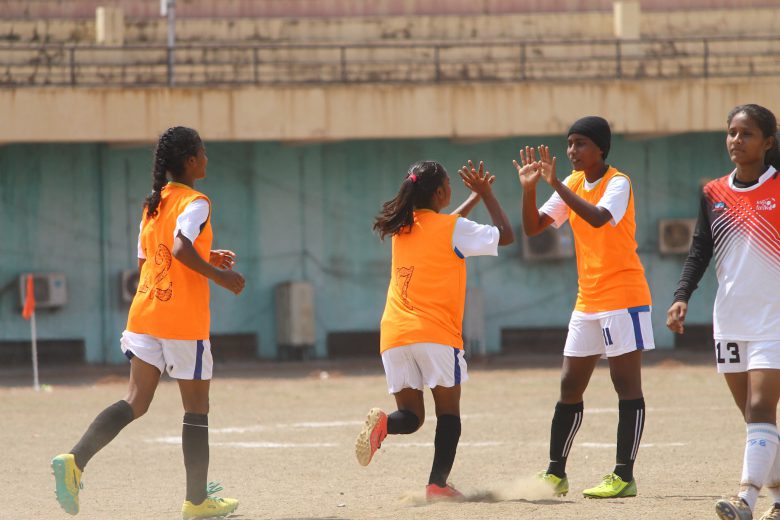 WIFA Inter-District Football Tournament got underway with a total of four games contested on Day 1, Ahmednagar, Thane, Buldhana and Gondia qualified for the next round

Despite the tremendous performance by both the teams neither side could manage to score the goal due to some good defense from both sides. Match ended in goalless draw and headed for penalty shoot. Ahmednagar managed to bag 4 goals where as Wardha could score only 2 as the former entered the next round

In the second match between Thane and home team Jalgaon, Thane opened the scoring midway through the first half as they got an opportunity via penalty kick. Early in the game a lackluster Jalgaon allowed Thane too many chances that the latter failed to capitalise on. In the dying minutes, Jalgaon backed themselves into the game and after a brilliant save by their goalkeeper to keep them in the game, a counter attack move by the host was well finished off by Monu Ghule to bring the score on level terms. The match resulted in a draw and entered into penalty shoot. Thane scored 3 whereas Jalgaon could convert only 2.

From the beginning of the game Buldhana dominated Satara. Aishwarya Ubahande opened the scoring with subtle finaih in the 12th minute. Aishwarya Bhonde, Nikita Nakade and Nikita Jadhav added three more goals  to the tally to end the game at 4-0 scoreline as Buldhana entered the next round.

In the last game between Gondia and Yavatmal, after a goalless first half, Gondia pushed hard for goals to enter the next round. Archana and Captain Heena from Gondia made it possible late in the game as they converted their chances to end the game 2-0 scoring minutes before the match came to an end.