After fine away run, Mumbai look for home comfort 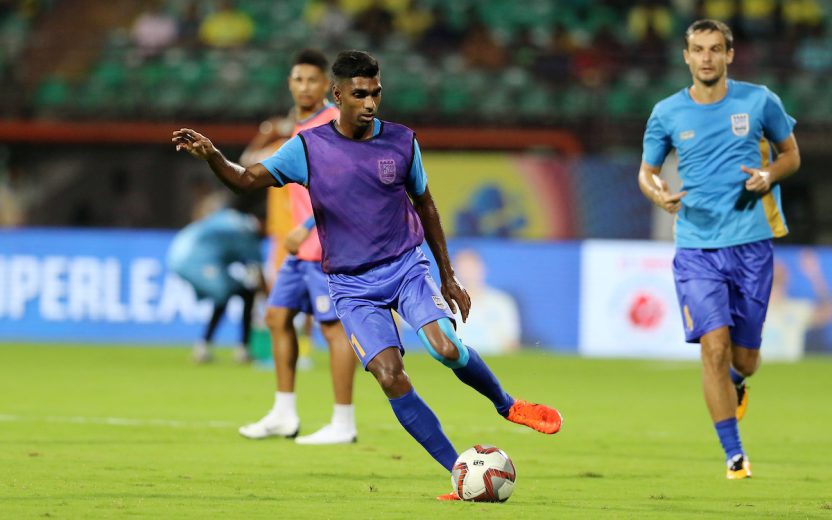 Mumbai City FC will be aiming for their first win on home soil as they host Hyderabad FC at the Mumbai Football Arena here on Sunday.

Mumbai, who have registered three wins on the road, suffered two defeats and one draw from their three games at home in the Hero Indian Super League. They will be up against a Hyderabad side who are yet to register a win away from home.

Coming into the tie, Jorge Costa’s team are on a five-match unbeaten run. The good news for the Portuguese coach is that his side aren’t dependent on goals from one particular player. Amine Chermiti has four goals to his name and as many as 11 different players have a goal each to their name.

However, what would concern Costa is that his side struggle to keep clean-sheets, something which they haven’t managed in the last seven games. He will also be without the services of midfielder Paulo Machado and Rowllin Borges due to injury. The Portuguese midfielder might be out for a longer duration.

“We have picked up more points away from home, it’s a good sign. We have to be much stronger at home and we’ve to change this. And this must start from tomorrow. We must be stronger than away,” said Costa. Coach Phil Brown will share a similar headache as his side has not kept a clean-sheet and have been the weakest defence conceding 19 goals from nine matches.

The good news for Brown is that star striker Bobo has found his scoring boots as he has three goals to his name.
Nestor Gordillo, who returned from suspension, looked good in his very ISL game as he provided an assist. Rafa Lopez is also back in contention for a start after recovering from an injury.

“It is a big challenge to play against Mumbai as they are a big football club. But the bigger the challenge, the bigger we have to be. You can’t shy away from that. We have to be at our best if we want to beat them,” said Brown.