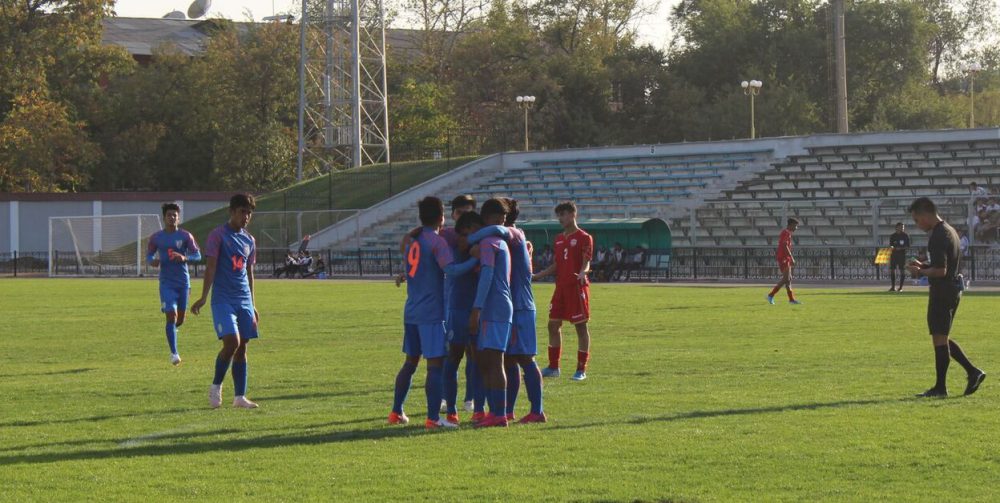 India U16 marched on to their second win in as many games in the 2020 AFC U-16 Championship Qualifiers, after drubbing Bahrain U16 5-0 at the Transport Institute Stadium in Tashkent, Uzbekistan.

Striker Sridarth and winger Shubho Paul were the star performers of the day, scoring a brace each, while Bahrain keeper Mohamed Hasan Jaafar scored an own goal in the first half to make it five. With this win, the India U-16 boys stretched their winning streak to 13 games.

India got the early goal that they were looking for through striker Sridarth, when he beat the offside trap and was played through on goal by Yoihenba. The attacker, who was one-on-one with the keeper, buried it into the bottom corner, to give India the lead within the first five minutes.

India kept knocking on the doors of the Bahrain goal and got their second goal through opposition goalkeeper Mohamed Hasan Jaafar, who spilled a cross by Pritam Meetei into the goal. Sridarth was on form again, as he made an entry into the Bahrain box, and slipped it past the keeper to make it three.

Shubho Paul made it four on the stroke of half-time, as he made an interception inside the Bahrain area, dummied an opposition defender and planted the ball into the bottom corner.

It was more of an even contest in the second half but the damage was already done. India gaffer Bibiano Fernandes added some physicality up front by bringing Himanshu Jangra on for Sibajit Singh, while he opted to go with the hard-working Ratanbi in place of Taison Singh. Meanwhile, Isac Zomuanpuia came on for Sridarth, to add some variation to the set-pieces.

With about 15 minutes of regulation time to go, Shubho stepped up again, after Jaafar spilled another ball as the former chipped it into the net. The Blue Colts could have made it six in added time, when Shubho was played in via an aerial through ball and volleyed his shot onto the post. The rebound effort by Isac went inches wide.

With this win, India now move on to six points in the group, having scored an astounding 10 goals in their two victories. 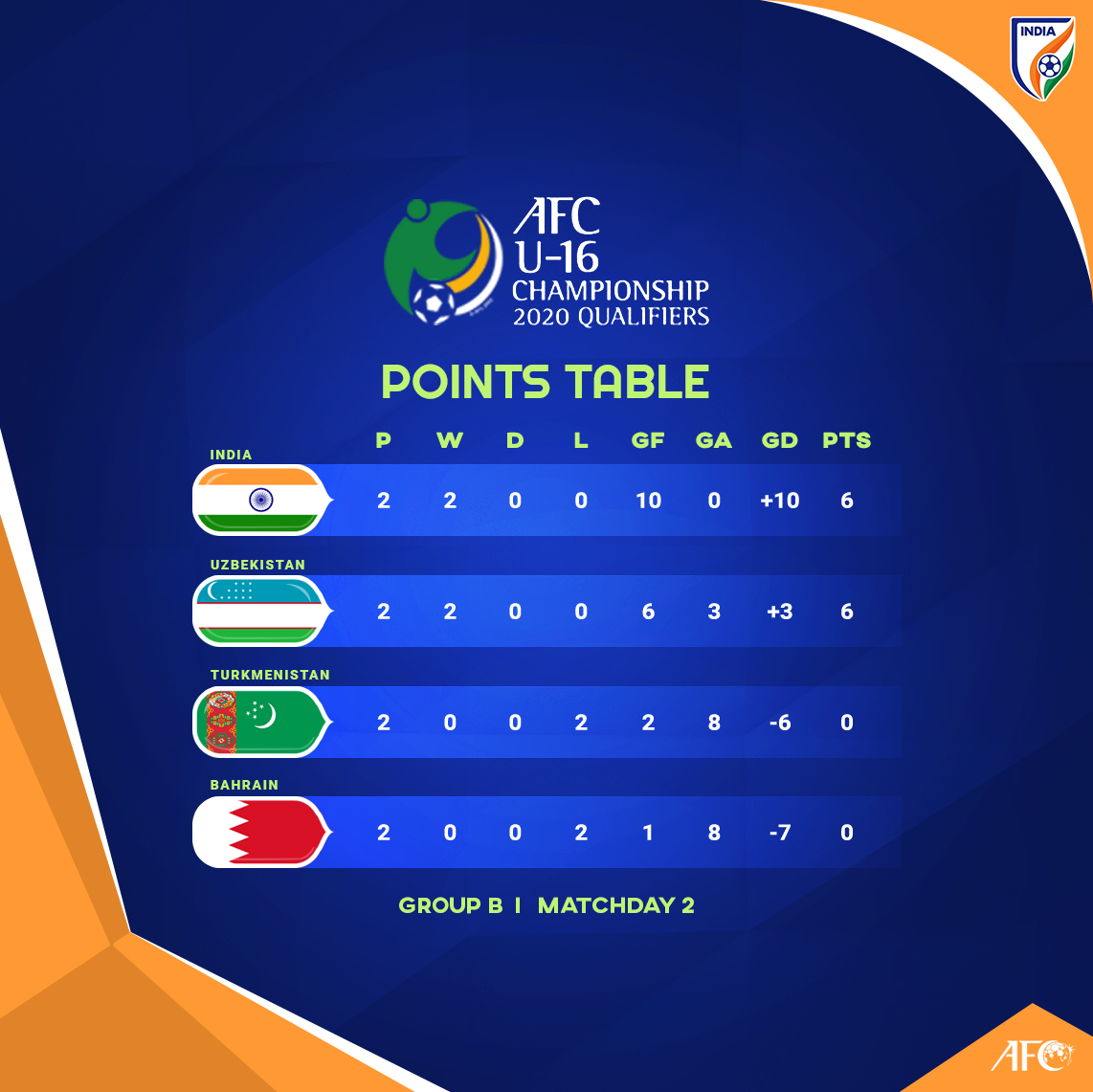