We have been consistently creating chances, informs India U16 Coach Bibiano Fernandes 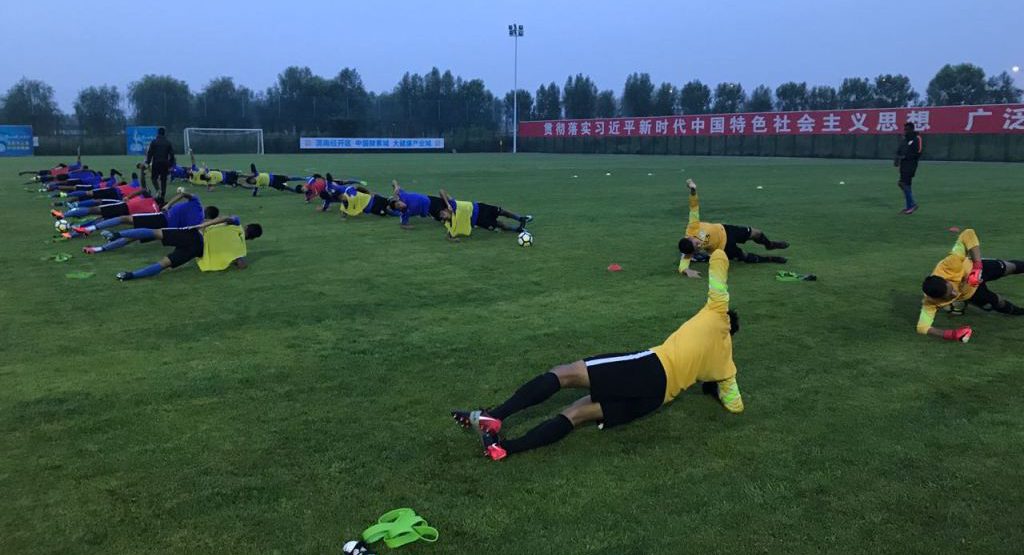 A day after India U16 went down by a solitary goal to U-17 China National Team in the four-nation Hua Shan Cup CFA International Youth Football Tournament in Wei Nan City, China, Head Coach Bibiano Fernandes reflected on the fact that the boys have been “consistently creating chances” in every match.

“We have been consistently creating chances in every game we have played so far, even against top opposition,” Fernandes said. “The match against China was no different as we had our chances and if we could convert those chances, it would’ve been a different result at the end of the day,” he maintained.

The India U-16 National Team, preparing for the forthcoming AFC U-16 Finals slated to be held in Kuala Lumpur in September are currently playing in the invitational four-nation tournament as part of their exposure. The boys are next slated to play U-16 Thailand National Team on Thursday (July 5, 2018).

“Considering we were playing the home team backed by a vocal 5000 odd fans from the stands, I am proud the manner the boys responded,” Bibiano stated. “They are the U-17 Chinese National Team and it was a learning experience for our U-16 boys to play against them. This Chinese Team was one of the strongest opponents we have played so far.”

“The match was a close one and it’s an ample proof that the boys are improving both mentally and physically.” The boys have been on a series of exposure tours, all facilitated by the AIFF and the SAI and headed to Wei Nan on the back of two consecutive triumphs in invitational tournaments in Serbia and Hong Kong earlier.

“The unity and togetherness within the team is our core strength. The boys always have stood by each other helping one other to collectively improve as a team and move forward.”