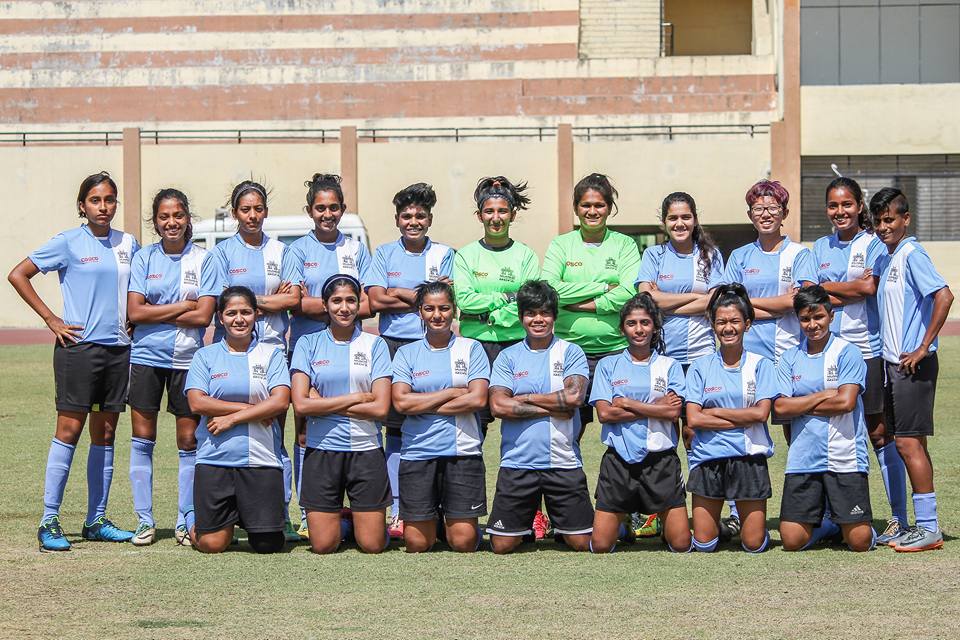 22nd April 2018, Mumbai: The four semi-finals berth has been confirmed in the ongoing WIFA Inter-District Women’s Championship at Nashik. Mumbai, Pune, Nagpur and Kolhapur have qualified for the last four after registering an astounding victory on Sunday. Mumbai will play Kolhapur, whereas, Pune will face Nagpur in the semi-finals.

Namrata Thakur continued her spectacular performance after adding further four goals in her ‘goal-tally’ which inspired Mumbai to register a whopping 8-0 win over Sangli. Namrata has now scored eight goals in just two games. The likes of Khushboo Rathod, Samchi, Snehal and Kashmira also got on the scoresheet in what was a deserving win.

After both the sides failed to score in the normal time, the match had to separate by penalties where  Nagpur won 4-1 to qualify for the semis. Nirmala Dhurve, Harsha Yadav, Riya and Shraddha Yadav converted their spot kicks for Nagpur while only Rutuja managed to convert her penalty for Nashik.

Kolhapur and Gondia played out an eventful game where the former edged 2-1 to book their date against Mumbai in the semi-final. Gondia opened the scoring in the 8th minute through Archana but Kolhapur made a great comeback through Poornima and Mrunal’s strike to seal the game 2-1.

A dominant performance by Pune as they registered a comprehensive 4-0 win over Osmanabad in the quarter-final. Abhilasha bagged a brace while Hiba and Adam Muriel scored one each to set up a semi-final clash against Nagpur in the semi-final.