MDFA Round of 16: O’sheish edge Yeshua on tie-breakers, Mumbai Marines bow out of competition 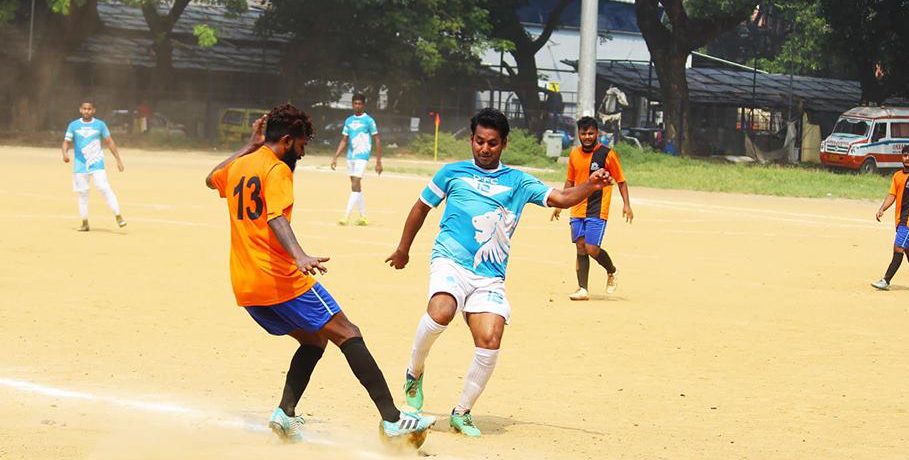 Footie First, Lemon Break pick comfortable wins, while Anstrengung came from behind to knock Mumbai Marines out of the competition

In the opening game of the day, O’sheish FC faced off against Yeshua FC in the round of 16 match of MDFA 3rd Division. Both sides produced end to end football without any luck in front of goal as the game remained goal less at the end of regulation time. As the game went into the Penalty shootouts, O’sheish held their nerves better as Emmad Nadkar, Krishna Patil, Shaikh Faizan and Sooren Shervin converted their strikes while their keeper produced three saves to win the game, for Yeshua FC, Parikshit was the lone scorer in shootout

In the next two games, Lemon Break Sports club and Footie first FC turned out to be the winner knocking out Orange FC and United Football Academy (B) respectively. Tayyad Penwala and Shahnawaz Ansari were the goal scorers for Lemon Break while for Footie First FC, Ranson Patel, Judon D’souza and Neel Pandya were on the score sheet.

In the final Round of 16 fixture of the day, Anstrengung United produced an inspired performance making a late comeback to come from behind and win the game. Jason Fernandes’s 16th minute shot had put SDKT (Mumbai Marines) on an early lead, however Parvez Shaikh brought the game back into level with mjust minutes left into the game. Two minutes later, Nehal Salunke’s strike sent Anstrengung in to lead as the final whistle was soon blown, knocking out Mumbai Marines from the competition