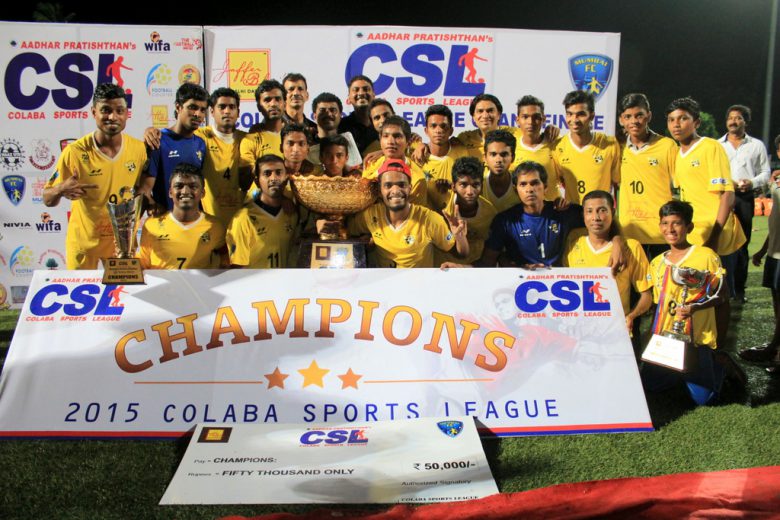 It was in 2015 when it all started at the iconic Back Garden (Colaba). The final was played at the Cooperage Stadium which saw the likes of Ratan Tata and Mr. Aaditya Thackeray attending the finale between Brainy World and Kalakaar Indians. The game went to penalties with Brainy World holding their nerves to win the inaugural season of CSL.

The second season moved to another iconic stadium. Mumbai’s very own Cooperage Stadium. With a blend of experience and young core, Hirai Suns went against all the odds to clinch the title after defeating Flash FC 3-1 in the final.

The dates for the third edition is yet to be finalized but sources close to Footballcounter has revealed that it would be announced very soon. Ever since its first edition, CSL has attracted a lot of spectators irrespective whether they belong from Colaba or not. It is one of those places in Mumbai where you would frequently see hundreds of young and aspiring footballers on the streets playing the beautiful game.

MDFA Round of 16: O’sheish edge Yeshua on tie-breakers, Mumbai Marines bow out of competition
U18 Youth League: Spirited FC Mumbaikars go down fighting