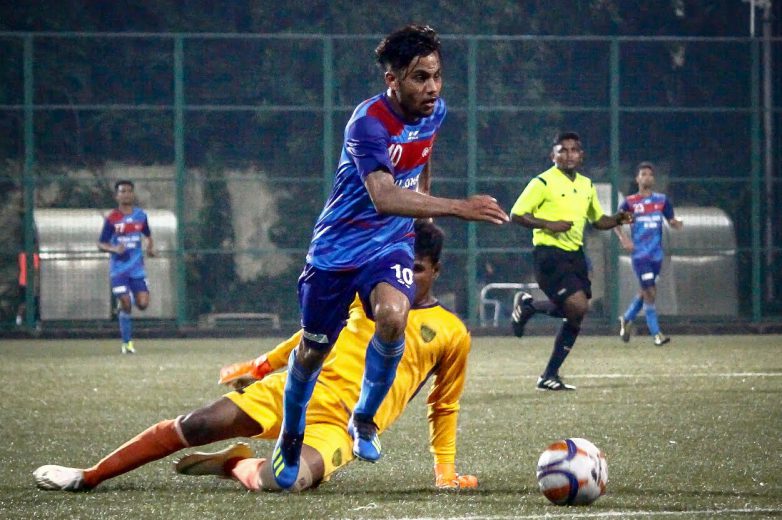 FC Mumbaikars dished out a spirited performance but were unable to come up with the goods and went down fighting to Football School from Thane 0-2 in their opening match of the AIFF organized Under 18 Youth League 2018-19 Pre-Qualifiers – Maharashtra Zone late Wednesday evening at the Cooperage Ground.

The FC Mumbaikars side which is being mentored and coached by former Indian midfielder Steven Dias made impressive strides from start and just as they looked to settle down in attack  they were let down by the defence and conceded an own goal in the 17th minute. Defender Biki Mondal in an attempt to avert danger to his citadel hastily miskicked the ball into his own net much to the dismay of his teammates.

The Mumbai outfit tried to get back in to their groove and overcome the early setback, however they couldn’t manage to get the final punch and find the equalizer in the first half. On resumption, FCM continued to look out for their first goal and in the initial period of the second session they managed to make a couple of runs towards the FSI goal but without much luck.

However, the FMC boat was rocked for the second time when FSI’s striker Zaid Khan took advantage of a porous midfield and dodged Past a couple of defenders before slotting home the second goal in the 62nd minute. FCM tried their best to fight back but they failed to add to the scoreboard and ended up on the losing side.