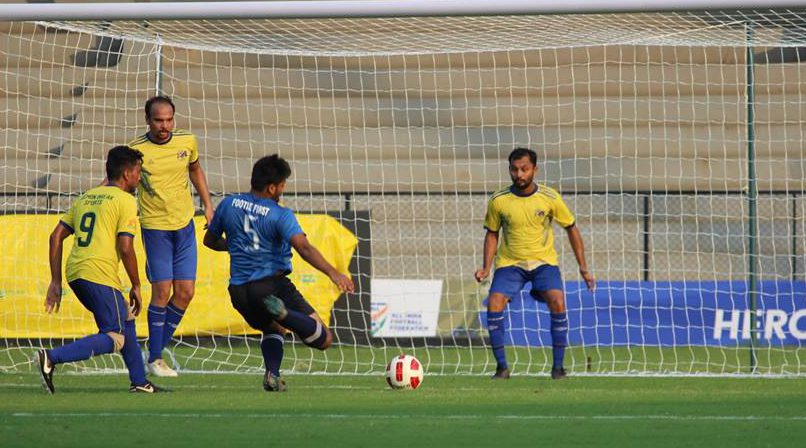 In the first semi-final, Sanpada FC rinding on Aditya Dhumal’s hat-trick romped to a comfortable 5-1 win against Om Saidham Seva Mandli at the Mumbai Football Arena, Andheri Sport Complex. Dhumal opened the scoring in the 14th minute and then added two more in the 23rd and 40th minutes too complete his feat. Dinesh Kamath (31st min) and  Waseem Sayed (44th min) added the other two goals to seal Sanpada’s big win. Tejas Borkar struck the lone goal for the losers in the 26th minute.

Also Read: I have never thought about my personal goals: Sunil Chhetri