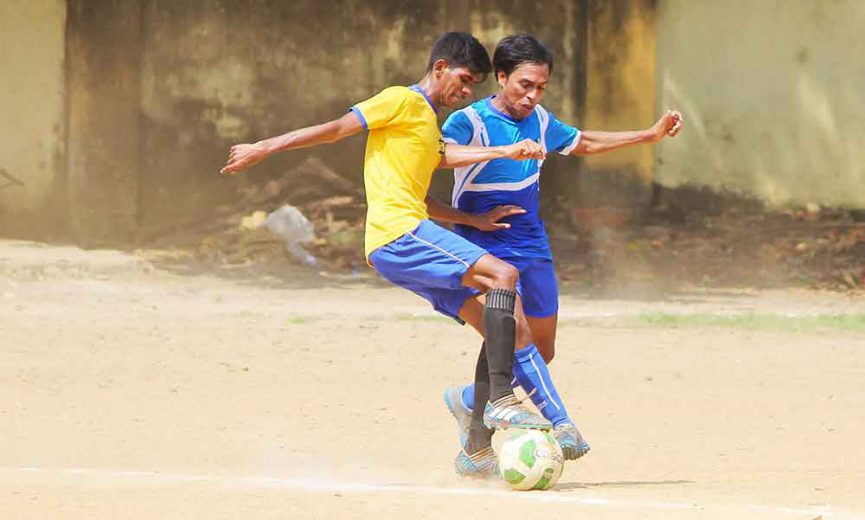 After starting off with a draw, Storm Chasers FC succumbed to a 1-3 loss against Britacel FC In other game, O’sheish succumbed to their first defeat of the season against Sanpada FC

In the game between Storm Chasers FC and Britacel FC, Maunish Koli opened the scoring in the 7th minute to give Britacel FC an early lead. However Shelar Jayant pulled things back into the level with his 20th minute strike as both the side entered the break at level terms.

Minutes after resumption a Tyson Rodriguez strike sent Britacel FC back into the lead. Despite best efforts from storm chasers, the Britacel defence held strong before Maunish struck his second goal of the day to settle the game beyond their opponents reach. Frustration in failing to convert chances in front of goal and with the game slipping from hands led to Storm Chaser scorer getting sent-off as the game ended at 3-1 scoreline

The next two games of the day ended in a dull 0-0 results as at first United FC held Youth Soccer Academy (B) and then Sachivalaya Gym held Palkaya FC to draws. In the final game, a second-half strike from Akshay Gajinkar gave Sanpada FC a crucial lead over O’sheish FA. A red card to Amit Raj in the middle of 2nd half compounded O’sheish FA troubles as they were reduced to ten men with the game soon ending 0-1, this was O’sheish FA’s first loss of the season.