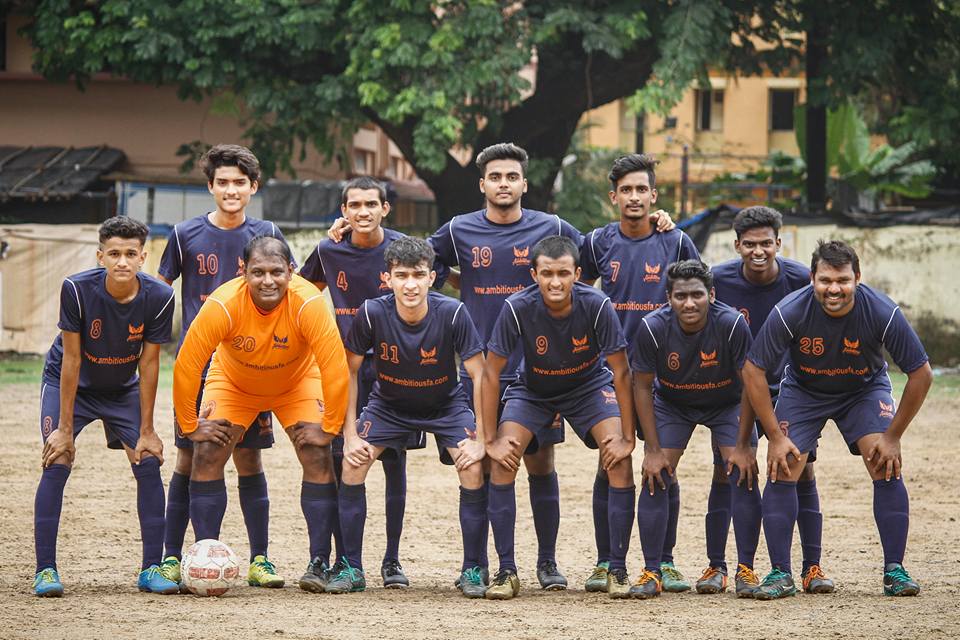 Playing in their first ever competitive league appearance, KSA Ambitious Football Academy succumbed to an unfortunate 0-1 defeat in their opening game of MDFA 3rd Division fixture.

Ambitious FA players before the game

With the academy having just 4 months old having started out in the month of February, this year, KSA Ambitious FA under the guidance of former India midfielder Steven Dias and Maharashtra Captain Vijith Shetty had decided to participate in this year’s MDFA 3rd Division.

With almost all of their Academy graduates in the playing XI, Ambitious FA produced some good integrity at back with fine defensive display but failed to register any point succumbing to a soft early goal. A defensive mix-up in the 12th minute allowed FC Cosmos (ACE) player Anand Navale to take advantage and send his team to lead.

In the 2nd half, Ambitious performed well with some good attacking moves, looking for an equaliser but fail to break a resolute Cosmos defence, eventually losing the game 0-1 in the end.  Ambitious FA’s next encounter will be against Veer Engineering, who have themselves faced defeat in their first encounter against Footie First FC having lost 1-2.