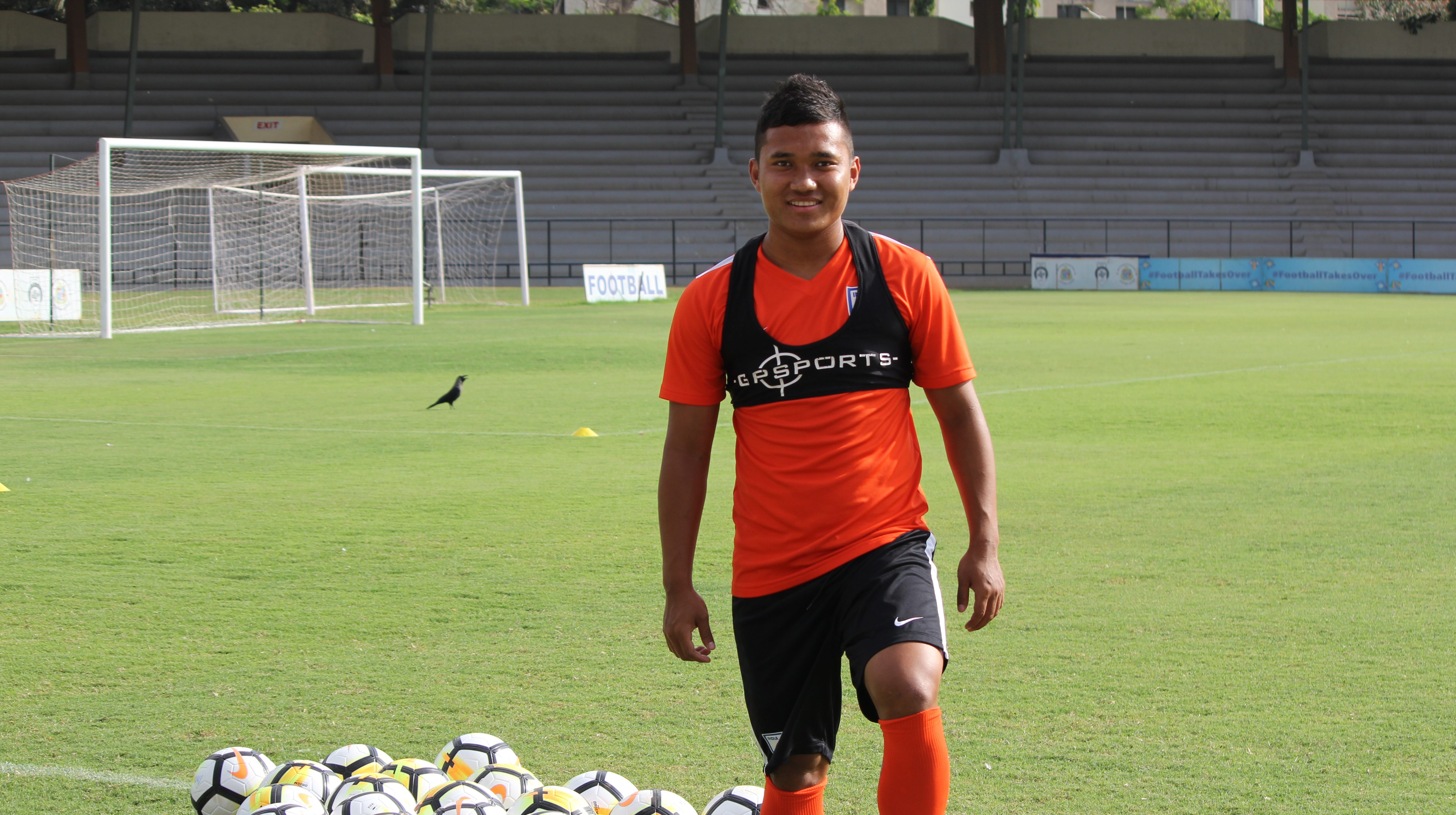 Attitude, they say defines a player. Jerry Lalrinzuala had caught the eye of all since his U-16 days when he was an AIFF Academy cadet. Since his stunning strike in the SAFF U-16 final which helped India beat Nepal in front of a hostile 22,000 plus crowd in Kathmandu, Lalrinzuala hasn’t allowed the early adulation to get to his head.

“It was in 2012 that I was chosen for the AIFF Academy camp in Kolkata. I was chosen for the U16 National Team next year and was called up for the SAFF Championship. The goal in the final was something which set the tone of my football career,” Lalrinzuala recollects. “Until I joined the AIFF Academy, I couldn’t afford to foresee a career in football but it all changed after that.”

“I feel extra-motivated while playing against physically superior foreign players. I never buy the idea that how massive he is physically or how talented he may be on the field he can get past me. I always get that extra bit of adrenalin rush to steal the ball from him,” he smiles at a media interaction in Mumbai on the sidelines of the National Team’s preparatory Camp in Mumbai.

Lalrinzuala stays a product of the same batch of the AIFF Academy which has also produced the likes of Anirudh Thapa and Dheeraj Singh. He was scouted by Colm Toal and his staff and later on coached by Gautam Ghosh and nurtured by Scott O’Donnell. Lalrinzuala added further: “The AFC U23 Championship qualifier in Qatar was a pivotal moment in my career. Clashing against hosts Qatar, Syria and Turkmenistan was not an easy task for us and that’s what united us strongly.”

The youngster, in fact, also fired the spot-kick home in India’s final game in the qualifiers to secure a 3-1 win against Turkmenistan besides cutting down numerous attacks down the left flank. Hailing from Mizoram, Lalrinzuala stated the domination of North-eastern states always provides him with an extra bit of satisfaction as well as motivation to testify the football prowess in front of the entire nation.