We will be seeing a new champion as the holders Indian Navy are not participating in this edition. In the last two seasons, they have triumphed over Western Railway in the final which included an emphatic 5-1 win in the last season’s final.

After having one of their best seasons in the recent years, Elite Division side Union Bank of India (UBI) looks like a strong contender to lift the Independence Day Cup title. Last season, the Bankers also managed to finish as the runners-up in the RCF Nadkarni Cup where they went down fighting against the mighty Air India. Apart from doing well in the Nadkarni Cup, UBI finished 3rd in the MDFA Elite Divison, below eventual winners ONGC and runners-up Air India.

Besides UBI, Elite Division’s Western Railway has a strong chance as well. The Railways has historically done quite well in the Independence Day Cup and has been the finalist in all the last three editions, winning once and losing twice to Indian Navy. As for the underdogs, Mumbai Strikers, Millat FC, Central Railway, PIFA, and Mumbai Customs are definitely the ones to watch out for.

Below are the fixtures: 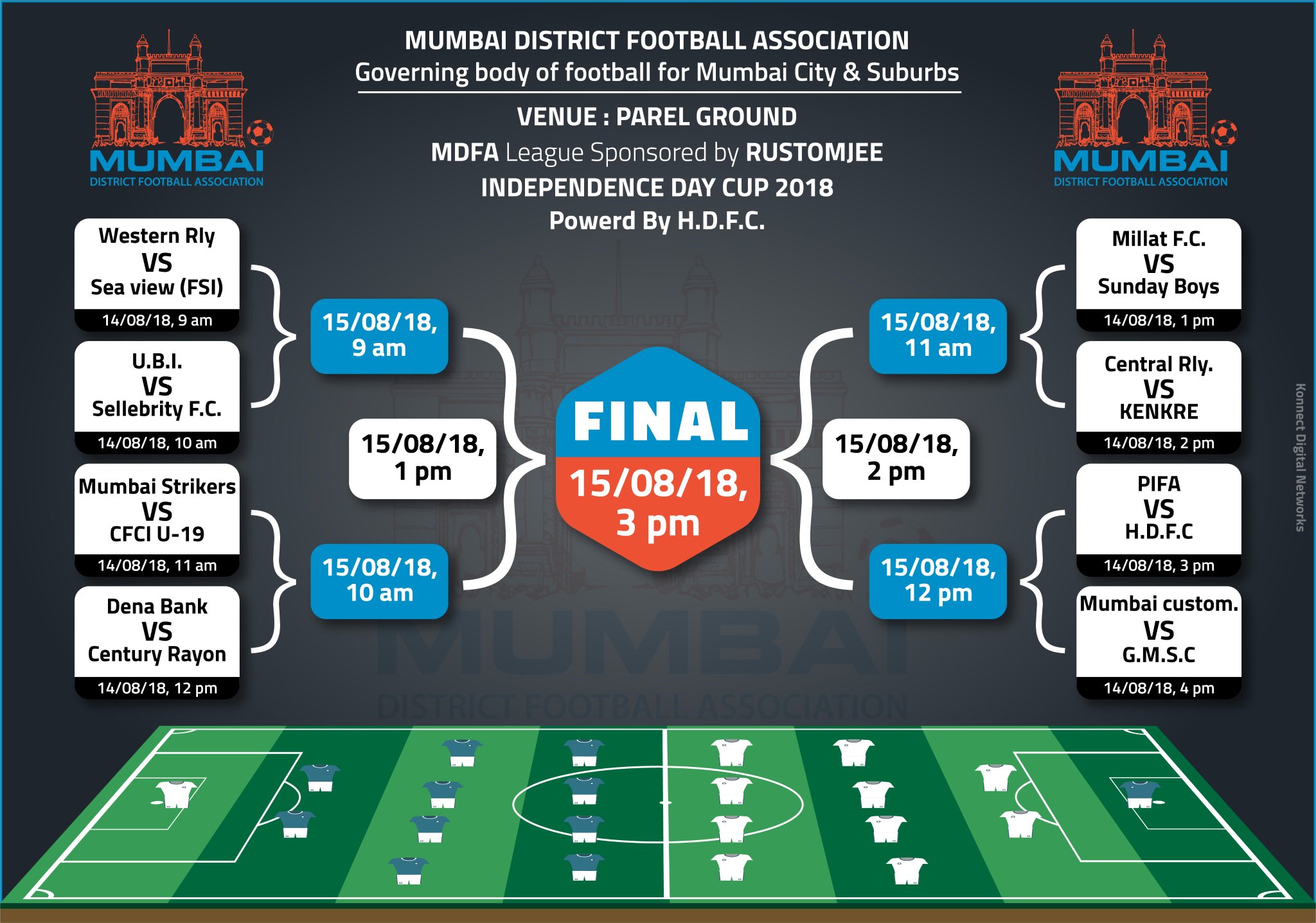