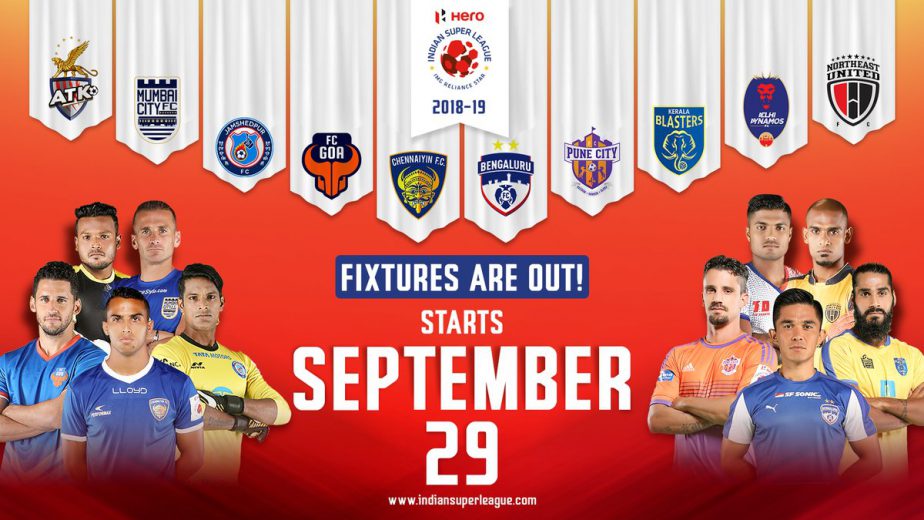 Hero Indian Super League today announced the fixtures for 2018-19 until the mid-season break, featuring 12 rounds, 59 games with a kick-off in Kolkata.

Fixtures for 2019 will be announced on a later date.

The League has moved away from double headers on weekend this season, while having kick-off for all matches is at 7:30 pm (IST). 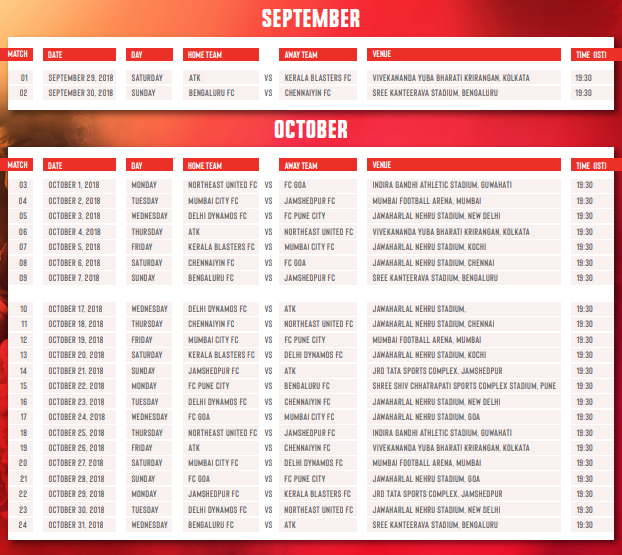 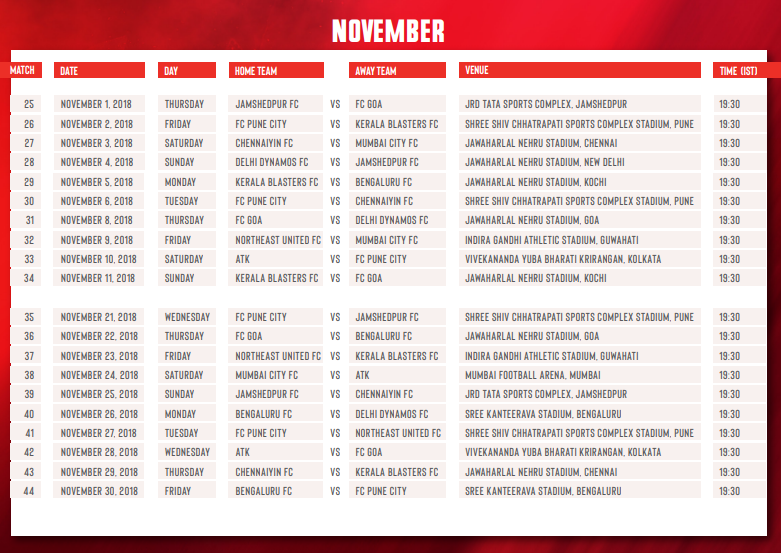 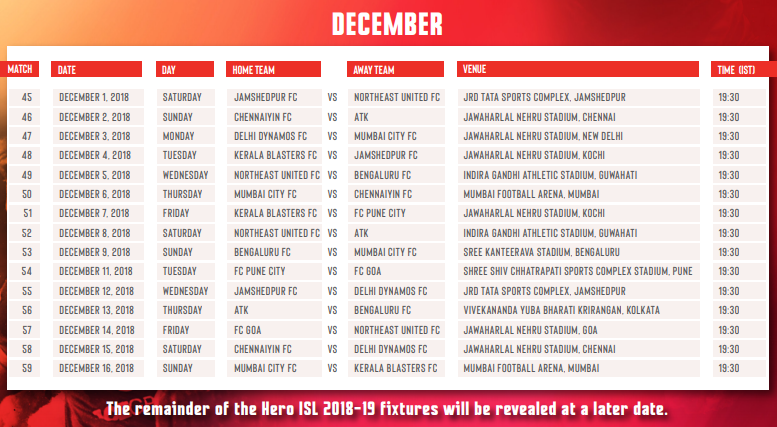