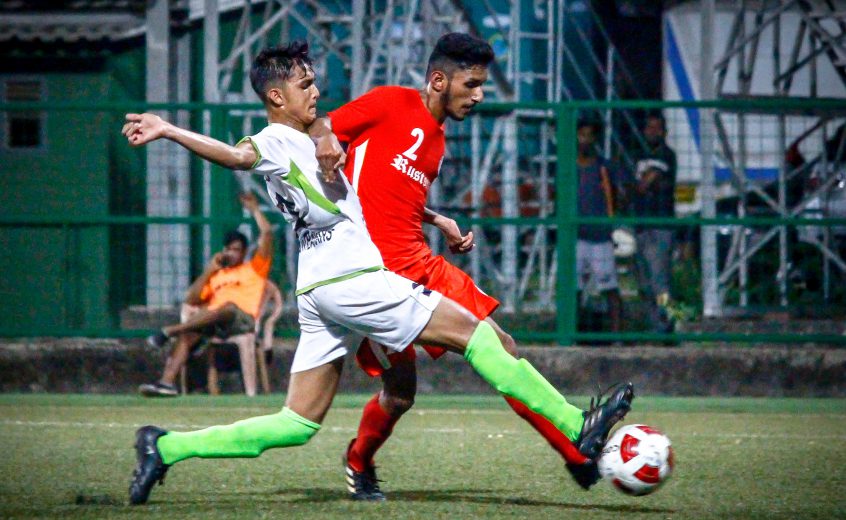 FC Mumbaikar put out another solid fighting display but once again they seemed to have lost focus which resulted in another defeat as they suffered a narrow 0-1 loss against Iron Born FC in a well-contested AIFF Under 18 Youth League (Maharashtra Zone)  Pre-qualifiers 2018-19 and played at the Cooperage Stadium here late Sunday evening.

Playing under floodlights and in humid conditions, FC Mumbaikar started off on a promising note and went on thhe offensive from the outset. The midfielder combined well with the forwards  in the opening half and made quite a number of runs deep into the rival territory to put pressure on the Iron Born defenders.

Iron Born put up a dogged defence and kept the Mumbaikar strikers from finding the net in the openin stanza and the team went into the break without troubling the scoreboard.

On resumption, a slight lapse in concentration by the FC Mumbaikar defenders allowed the Iron Born attackers to gain the upper hand. Midway through the second period Mumbaikar’s citadel was rocked by the rivals who broke the deadlock with Runal Patil slotting home from close.

FC Mumbaikar tried their best to get back into the game and score the equalizer, but their efforts went in vain.

Also Read: China will provide us with an opportunity to Improve: Jhingan