Over a fortnight has passed since the closure of Mumbai’s top flight football league and the teams are enjoying a much deserved time off from the beautiful game after throwing up some breathtaking action during the course of the season.

As the dust settles on the seven month long MDFA Elite Division season of 2014/15, we take a look back at the ten most thrilling encounters from last season’s Elite Division. 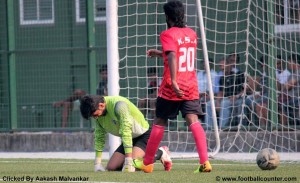 A derby delight was in store on the opening day of the MDFA Elite Division when Western Railways took on arch rivals Central Railways in the Railways derby. The game too lived up to its hype and resulted in a five goal thriller. Charanjeet Singh and Tarun Nirwan helped Western Railways race into a 2-0 lead at half time. But a resurgent Central Railway outfit pulled one back just seven minutes into the second half through Chetan Waghela before conceding a third as Somi P.T. dispatched the penalty. But a late goal from Zubair Desai set up a nervgy finish to a cracking game which ended 3-2 in Western Railways’ favour. 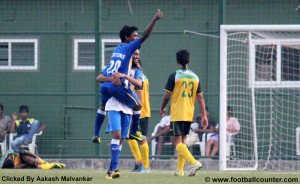 Another game, early on in the league saw the league’s in form side Mumbai Customs take on defending Champions Air India in November. Air shrugged off a slow start to take a 1-0 half time lead through Johnychand Singh. A much improved Mumbai Customs outfit in the second half restored parity post the hour mark when Deepak Irmali’s goal made them sense an unlikely point against the Champions. Determined to hold on to it, Customs lost their cool and were reduced to ten men when Nafeez C. got his marching orders for a second yellow card. But the ten men of Customs resisted enormous pressure from the Airmen to grab a famous point against their much fancied opponents.

The Champions were involved in yet another thriller just seven days later when they came up against a gutsy KSA outfit who very nearly plotted their downfall. KSA jolted Air India early on when Tarique Ansari put them in front on 24 minutes, only for the Champions to recover and wipe the deficit two minutes later through Ashkar C.V. But a determined KSA regained the lead in the 34th minute through Arihi Uchela before Abhishek Dey’s sending off allowed Air India to tie the game at 2-2 going into half time. KSA who battled hard for the entire second half crumbled in the 88th minute when an own goal handed Air India the lead. The ten men of KSA who were clearly crestfallen were swept aside by an Air India wave in stoppage time making it a final scoreline of 5-2 in Air India’s favor. 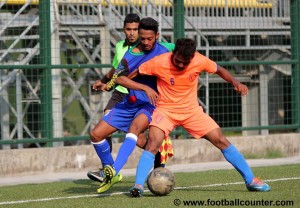 Among the first few games, since the turn of the year, PIFA Colaba edged RCF 4-3 in a highly dramatic contest at Cooperage. PIFA Colaba helped themselves to a 3-0 lead thanks to strikes from Elvis Jay Panarkar and Zeeshan Shaikh added to Elvis Ozowara’s first half strike around the hour mark. Ubaid Ansari reduced the deficit for RCF in the 63rd minute, only for Elvis Ozowara to restore the three goal cushion for the Colaba outfit. RCF who refused to give up struck twice in the dying minutes as PIFA Colaba somehow managed to keep them at bay and hobble their to three points. 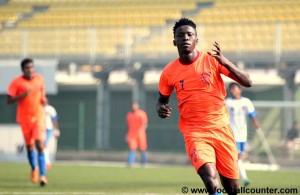 The month of January saw yet another thriller involving PIFA Colaba when they beat Kenkre FC 4-2 after a topsy-turvy ninety minutes. The game experienced an explosive start when Rugved Yeole’s early opener for Kenkre was cancelled out by Elvis Ozowara in the 7th minute, paving the way for Zeeshan Shaikh to give PIFA the lead in the 17th minute which was again wiped out by Arvind Rajan’s strike for Kenkre in the 21st minute. After the early blitz, it took PIFA until the 52nd minute to regain the lead through Deep Morjani before Elvis Ozowara finally settled the game making it 4-2 in the 75th minute. 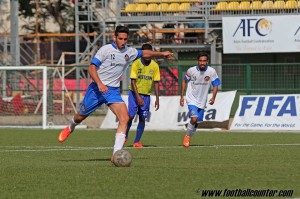 Arguably the game of the season came in early days of February when an Arish Sutaria inspired Kenkre FC ran out 6-4 winners against Western Railways. A Arish Sutaria double added to Derrick Joseph’s strike made sure Kenkre went into the break with a 3-1 lead. Linekar Machado gave Western Railways hope with a goal early in the second half before Arish Sutaria completed his hat-trick and restore Kenkre’s two goal lead. But Western Railways stunned Kenkre with a brace from Sanjeev K.V who leveled the score at 4-4 with five minutes to play. Just as we thought the drama was over Arish Sutaria bagged two more goals in the final minute of the game to help Kenkre to a 6-4 win after a roller coaster of a contest. The game was filled with drama from start to end but it was the Arish Sutaria show which grabbed the headlines. 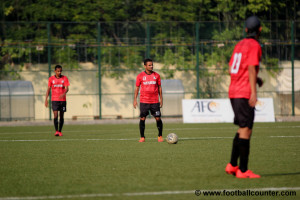 Western Railways took a leaf from Kenkre’s book to stage a similar late show to down Union Bank of India 5-3 thriller. Titus Uttankar’s early brace saw the Bankers build a strong looking 2-0 lead which was soon halved by Reuben D’Souza in the 33rd minute before Linekar Machado pulled the Railmen level early in the second half. Pratik Koli restored UBI’s lead on the hour mark before Charanjit Singh equalized few minutes later. Western Railways stole the game in the dying minutes when twin strikes from Ravikant Naidu and Charanjeet Singh gave Western Railways a 5-3 win over UBI.

A game between two evenly matched teams went right down till the wire as a Pratik Koli led UBI side downed Mumbai Customs to register a dramatic 3-2 win. After a barren first half, Pratik Koli eased UBI into a 2-0 lead thanks to a brace in the first fifteen minutes from Pratik Koli before Mumbai Customs rallied back into the game with goals from Sagar Bedekar in the 75th minute and Francisco Salin in the 86th minute. 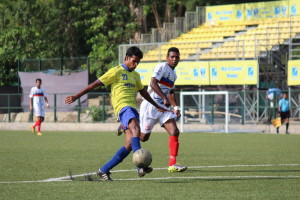 The title race was heating up as ONGC were on the coattails of Air India going into the final month of the league and the duo braced to play each other in a virtual title decider. ONGC came up against a solid Western Railways side, and got off to a flying start after Parminder Singh’s brace gave them a 2-0 lead within the opening half an hour. Just as when it seemed that the game was over Charanjeet Singh pulled one back for Western Railways on the stroke of half time. The late strike in the first half gave Western Railways hope as they began dominating proceedings in the second half before turning the tie on its head by the 75th minute with goals from Clayton D’Souza and Kenistan C. The defeat dealt a major blow to ONGC’s title hopes as they eventually lost the title to Air India.

In a late season battle of the banks, Central Bank of India overcame Union Bank of India in dramatic fashion. Russel Galbaro gave CBI the lead on 20 minutes, but UBI got back on level terms just before half time through Shanon Periera to set up a great second half. Just minutes from the restart, CBI’s Raj Bhor struck a fine free kick to put his side back in front, before Andrew made it 3-1 in their favour eight minutes later. CBI’s victory seemed all but confirmed when Tejas Raut was sent off for UBI, but Pratik Koli’s goal set up a grand stand finish. The ten men of UBI put CBI under extreme pressure, but CBI held on for a rare win.