The conditions made it difficult for us: Derrick Pereira 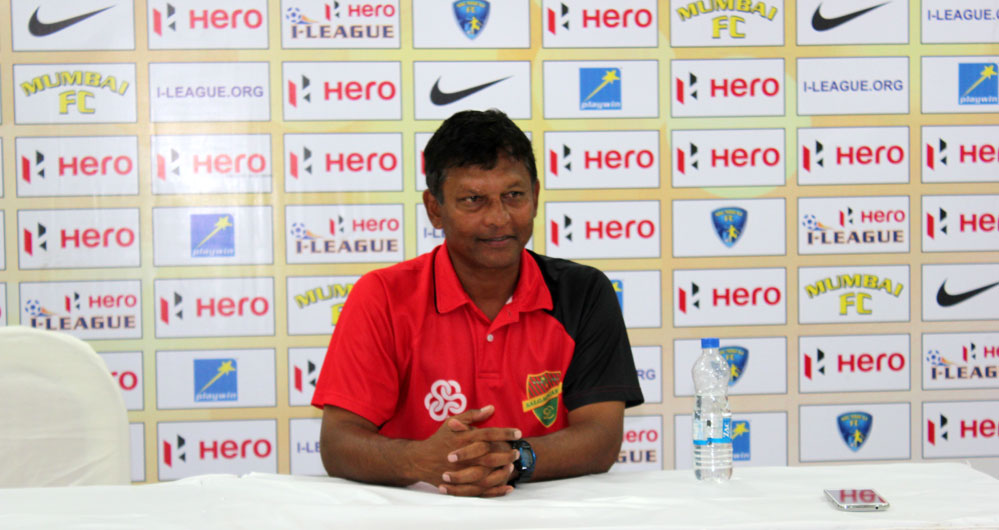 Derrick Pereira felt his side failed to deal with the unfavorable conditions as they slumped to a 3-0 defeat at the hands of Mumbai FC at Cooperage on 13th February 2015.

Derrick was quick to point out that the hosts were falling over way too easily and accused them of throwing tantrums. ”It became difficult for us to recover from the two goal deficit especially after Mumbai FC players were throwing tantrums to spoil our rhythm. But we knew that”.

Salgaocar’s Darrly Duffy and other attacking players failed to have an impact on the game as they did against East Bengal. “As I said before the game, we are not used to playing on the artificial surface and that made it tough for us. To add to it Darryl wasn’t completely fit.

Derrick Pereira though was pleased with his side’s response in the second half but acknowledged Mumbai FC’s defending. “We put them under a lot of pressure, early on in the second half and we knew if we could pull one back, we could very easily get back into the game, but it wasn’t our day and they defended very well”.

Derrick was keen to focus on the positives and look forward to their next match. “We will take the positives from this game and move on to prepare for the next game. It’s football, so you win some and lose some”.

The Salgaocar boss will need to lift his side before they take to the field for the next match.

Everything clicked for us today: Khalid Jamil
WIFA awarded the Best Grassroots Development Program 2014 by AIFF