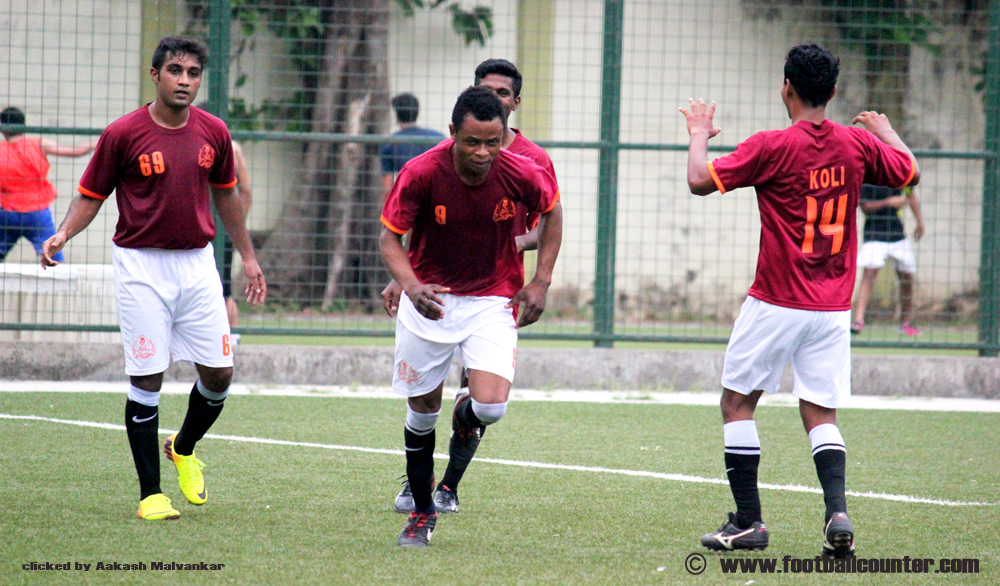 Great Mother Sports Club held Indian Navy Mumbai to a 0-0 draw in an Elite Division game of the MDFA (Mumbai District Football Association) game at Cooperage on 11th March 2015. The game had plenty of exciting moments but no team was able to make one of those moments count.

Indian Navy Mumbai were in action for the first time since their 1-1 draw with ONGC. GMSC secured a thrilling win over MS Police in their past outing.

Indian Navy dominated from the outset but it was GMSC who had the best chances in the opening quarter of the game.

But the Navymen tightened up as the game wearer on. Indian Navy had two great chances to take the lead in the dying minutes Shaikh Wajid failed to convert from close range following a cross from Raman Rai with the goal at his mercy in the 44th minute.

A lively half of football came to a close with both teams deadlocked at 0-0.

Navy seized control of the game early on in the second half. G Priyo Kumar Sharma nearly put Navy in front in the 54th minute, with a fine free kick, but goalkeeper Kartik Putran was equal to the task as he parried the shot wide.

Both sides decided to freshen things up as Navy responded to GMSC’s change putting Vikramjit Singh in place of Shaikh Wajid after GMSC replaced Varin Mehta with Max Hanglem in the 65th minute.

Indian Navy put a lot of pressure on GMSC and nearly succeeded in breaching the GMSC rearguard when G Priyo Kumar Sharma put in a vicious cross in the 76th minute but fortunately for GMSC the cross evaded all the Navy attackers.

Despite being dominated by Indian Navy for large parts of the game, GMSC always carried a threat upfront all throughout the game.

Just a minute from time, GMSC gave another evidence of their bite upfront when Tushar Poojari made the Navy goalkeeper Vishnu V.K stretch every possible inch to deny his venomous strike which was destined for the back of the net.

As the game entered into the seven stoppage time minutes, it was GMSC who looked the liklier to score as they were cheered by section of their fans.

Indian Navy struck the upright with the very last kick of the game as PS Sumesh’s shot thundered against the post.

GMSC held on for a famous point against a fancied Indian Navy side and gave them plenty of problems in the end.

Indian Navy looked short of match fitness as they were back after a long lay off.

But overall it was one of the entertaining ones amongst goalless draws as both sides had plenty of chances to break the deadlock.