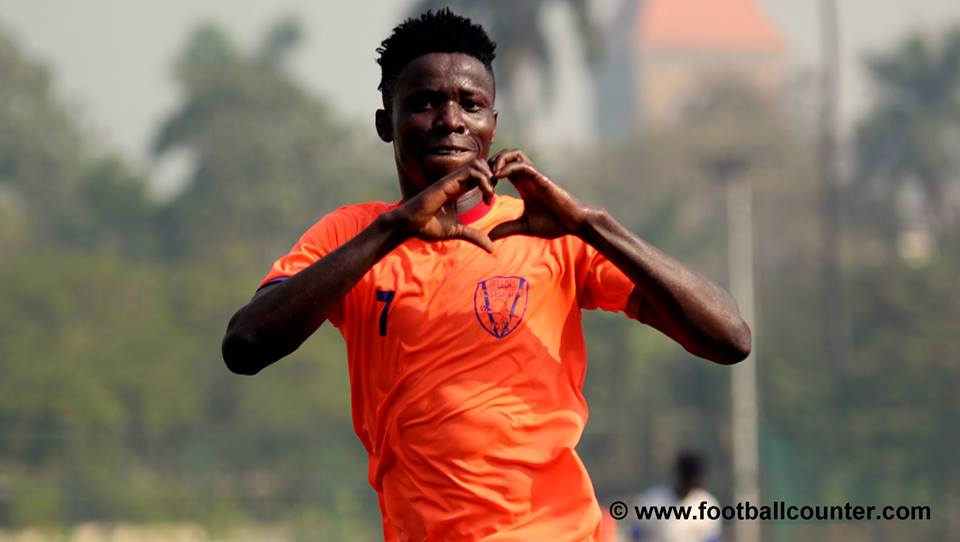 Premier Indian Football Academy (PIFA) Colaba warded off a late Karnataka Sporting Association (KSA) fight back to register a 2-1 win at Cooperage and move to the second place in the MDFA Elite Division.

PIFA Colaba were in excellent goal scoring form having scored four goals in two of their last three outings while the other game being a hard earned 0-0 draw against much fancied Air India. For KSA there has been a struggle converting the performances into results and have managed to win just one game all season.

KSA started the game much brightly and put a lot of pressure on PIFA Colaba in the early exchanges. But PIFA managed to weather the storm and started to get back into the game by the twenty minute mark.

As potent as ever, PIFA Colaba made their resurgence count as Nigerian forward Elvis Ozawara struck in the 26th minute, to give the men in orange the lead.

The Nigerian has been lethal this season and has scored a large chunk of PIFA Colaba’s goals this season. KSA once again failed to capitalize on their moments and had to pay the price for the same.

Deflated KSA were unable to get back the rhythm they found in the opening minutes of the game as PIFA Colaba began to impose themselves on the game and started creating some good chances.

The Colaba outfit held their slender advantage into the interval. KSA needed to regroup or risk losing further ground in the match.

PIFA Colaba continued from where they left in the first half, on the front foot and dictating play, but KSA resisted the pressure well and stopped PIFA Colaba from increasing their lead.

But just as we thought, frustration had set in, in the PIFA Colaba camp they put daylight between them and their opponents with another goal in the 70th minute from Lester Creado which put PIFA Colaba firmly in sight of yet another victory.

But their grip on the game was loosened as KSA pulled a goal back through Roger Sam late on to set up a grand stand finish. KSA dug deep as the game entered its dying minutes but PIFA Colaba managed to hold firm and deny KSA a memorable comeback.

The win lifted PIFA Colaba to second place in the table behind run away leaders Mumbai FC with sixteen points from seven games for the Colaba side. KSA remained 13th tied on points with three sides below them on four points.

KSA will need to convert performances into results if they are to avoid going straight back down to the Super Division.

PIFA Colaba on the other hand had yet another successful outing as they prepare for the I-League second division.

“It was one emotional roller coaster of a learning experience”, the Rustomjee Go Green Cup had it all
Spirited Great Mother SC thwart sluggish Indian Navy Mumbai