Football was on the agenda for young girls and women on Women’s Day as a host of grass root programs were held in the city to give young girls a taste of the beautiful game. Some big names in the game, like Western India Football Association (WIFA), Mumbai City FC and Premier India Football Academy (PIFA) Colaba held grass root programs across the city and the state for women.

This was the first time when over ten grass root events were held for women in a single day in the city and the kind of attendance that was seen, makes a pretty picture for the beautiful game in the women’s category.

WIFA’s event at Cooperage involved over four hundred girls from various schools and colleges, who were accompanied by their parents as they were closely scrutinized by some of the best women coaches around. 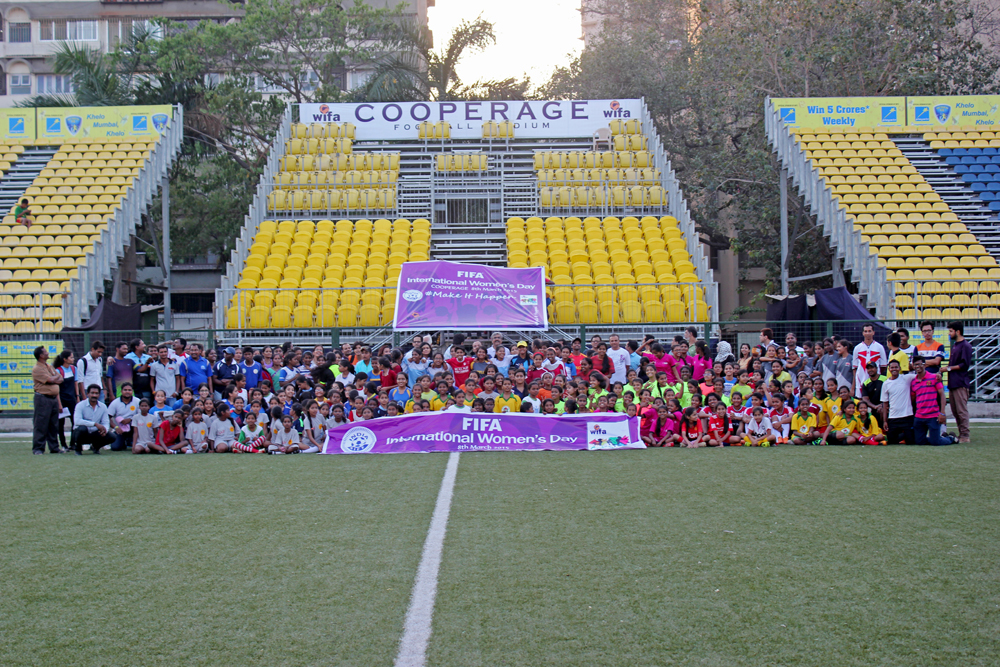 These girls also got a taste of playing at the city’s prime venue in Cooperage which has a rich history over the years. The girls enjoyed themselves and showed great willingness to train and compete and were relentless in their efforts. This enthusiastic bunch was not too keen to get off the field even after the event was over.

Juhi Shah, a player in the MDFA Women’s League and the only women referee which officiates MDFA’s Elite Division game was a part of the team which guided the young guns gathered stressed on the fact of getting the girls to play football on the occasion of Women’s Day.

“We wanted to promote Women’s Day and unlike most of the corporate events, we wanted to have a football event where we could have girls come together to play football and enjoy themselves and also learn in the process”.

Juhi highlighted the appetite that these girls have for them and believes their level will increase thanks to some wonderful support of their parents. “These girls have a lot of appetite for the game and they want to play more despite the scorching heat. But it’s great to see them come out in huge numbers to play football and the support from the parents has been tremendous”.

Juhi did feel Women’s Football had a long way to go in terms of quality but felt such initiatives will only help the cause. “The level of these girls still needs improving, but it will take time. The coaches are still learning and so they will slowly improve. But such events are of great encouragement to them and getting an opportunity to play on Cooperage is huge motivation for them”.

An MDFA referee and also a licensed coach, Juhi Shah stressed the importance of regular practice for the growth of these girls. “It is important to have regular and serious practice to keep them going. We usually deal with smaller numbers when it comes to women’s football, but there are few teams which practice with a large group like S.P. Academy and their quality is there to see”.

Henry Menezes the CEO of WIFA was delighted with the turnout and felt their event was a success with these girls turning up in large numbers. He stressed on bridging the gap between the men and women. “We want equality and we understand its importance. It’s important to bridge the gap between men and women and so we are celebrating Women’s Day with such an event all over Maharashtra where girls have turned up in large numbers”.

The highlight of the evening came right at the end of the evening when there was a penalty shootout between the parents of the girls assembled. It was a great way of involving the parents into the game and also helping them understand of exactly what drives their kid to play the beautiful game. The kids thoroughly enjoyed watching their parents getting on the act, putting an end to a wonderful Women’s Day for these young girls. 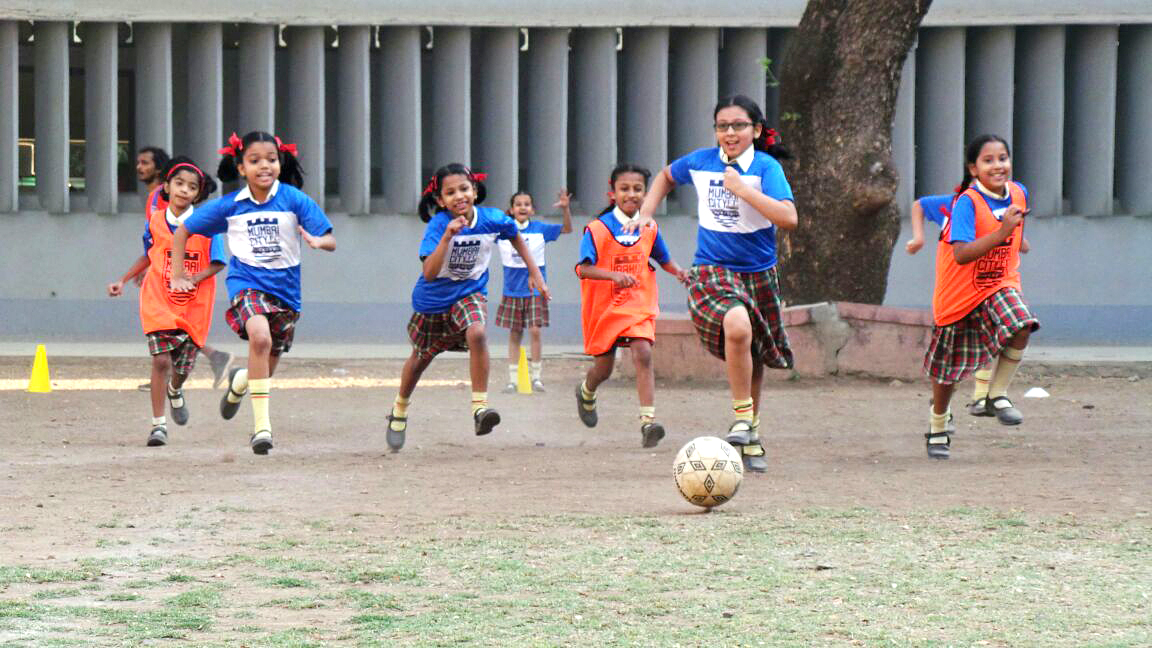 Over 1500 girls participated in these events and were well supported by a number of school teachers and parents who attended the programs.

In today’s world where we speak of women empowerment and dignity for women, there is no better way to do so other than through sports. Sport makes one competitive, fit, sharp and confident and could give a woman that extra push to break the bonds of society to become independent.

We are the most qualified state for grass roots: Henry Menezes, CEO, WIFA
RCF edge a cagey affair against Central Bank of India