Okorogor N. Praise’s brilliant strike in the 61st minute turned up a winning goal for Air India over Central Bank Of India in a elite division match of the Mumbai District Football Association (MDFA) league on Sunday. 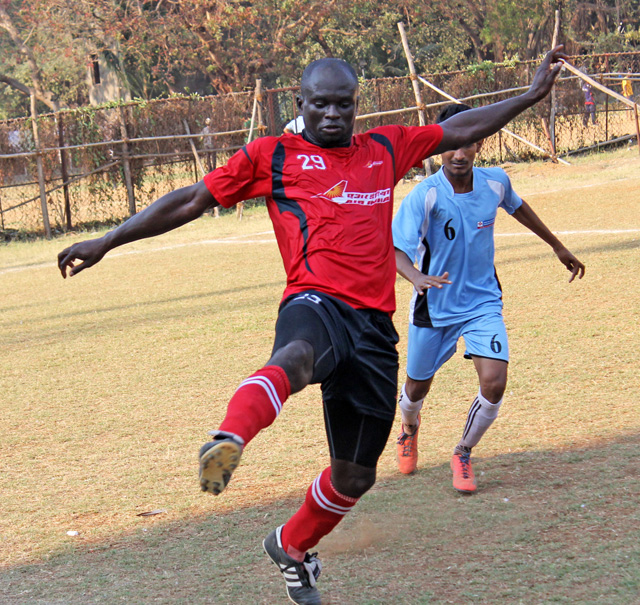 Central Bank Of India a newly promoted side in the elite division after their triumph in super division last season. They were on the back seat and were busy in defending Air India’s attack, Air India haven’t loose their control on the game till the end and found them-self in scoring area on various occasion.  Rehman Cardozo and Rithik Mukherjee had a tough time in defense. Abu Shaikh’s aggressive style of play earned him a yellow card for the rough tackle on Air India players.

Air India’s Siddharth Nayak has a fantastic  day, he is a disturbance for the opponent and kind of asset for his team. Wayne Vas and Bhusan  Thumbe magnificent in the the middle. Hitesh is in action 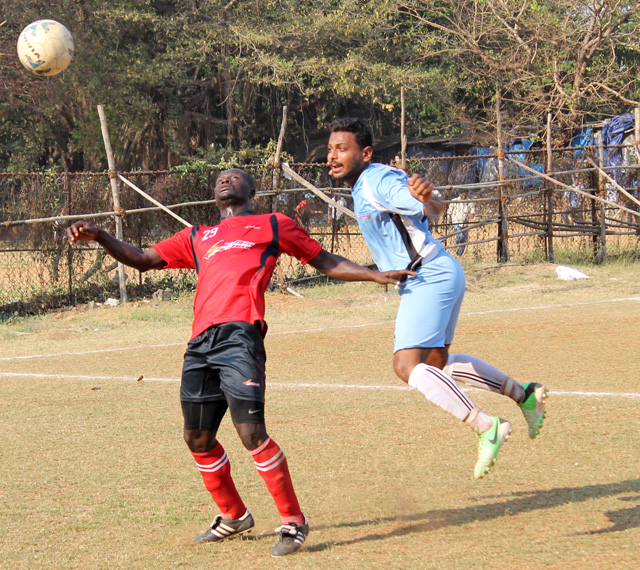 Rithik from central back of india with air india’s Okorogor 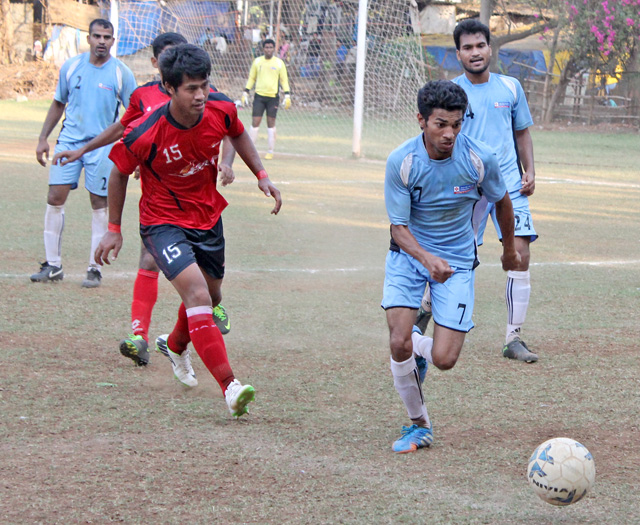 Crowded stand for the match