“How nice when things get served in your plate?”, Something relate to above phrase, Pifa Colaba did to Indian Navy at Goans ground, Azad maidan on Sunday in a elite division match of the Mumbai District Football Association (MDFA) league as they lose to Indian Navy 4-1. 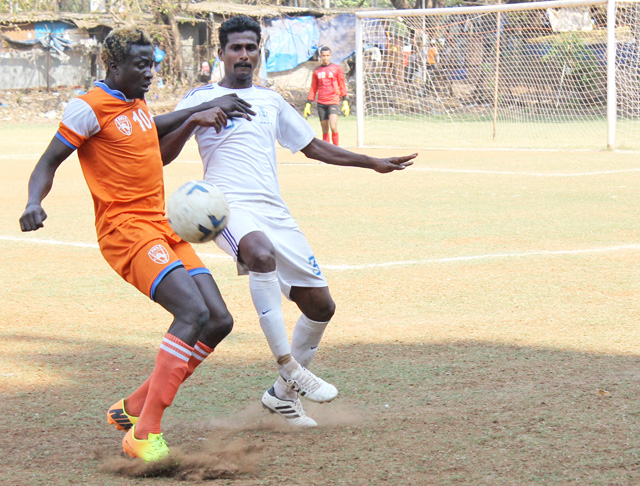 Pifa’s goalkeeper did few blunders were not punish earlier but not again when he missed spot kick, hit on the chest of his defender and landed in front of Riyad B took a shot on target but Kishen managed to punch the ball to Prakash Dilla who was on the spot to score the opening goal in 31st minute.

Indian Navy were seems much more dominating, Pifa yet to find the right combination, they were struggling whereas Indian navy were capitalizing Pifa’s mistakes.

In second half 63rd minute Riyad B celebrate his success, when he unpacked a gift given by Pifa’s defender Subradip Goon missed his dribbling and gave Riyad B one to one with goalkeeper Kishen, he manage to beat Kishen and scores the second goal. Later in 67th minute and 88th minute goal scored by Akash Kable and substitute Shaji A. D’silva respectively. In reply Pifa Colaba scores a goal through penalty in 89th minute awarded to Karan who hauled down by Navy defender. Dalraj Singh scores the penalty and reduce a deficit. 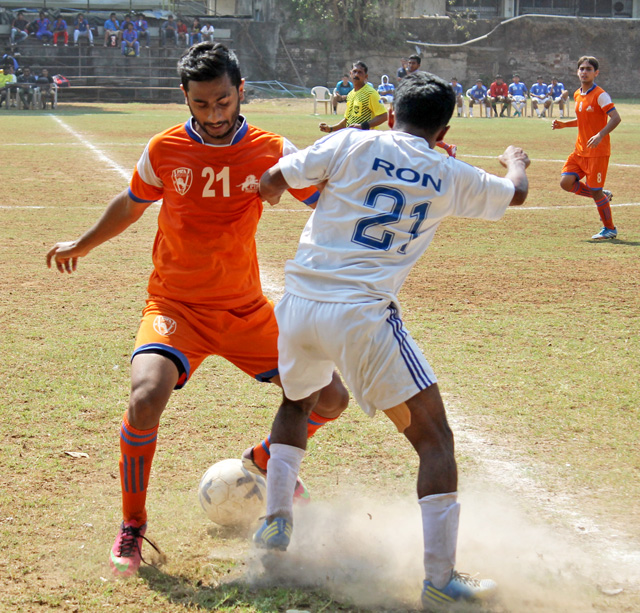 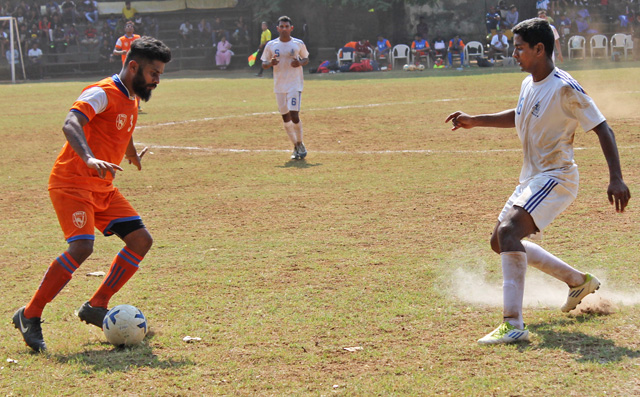 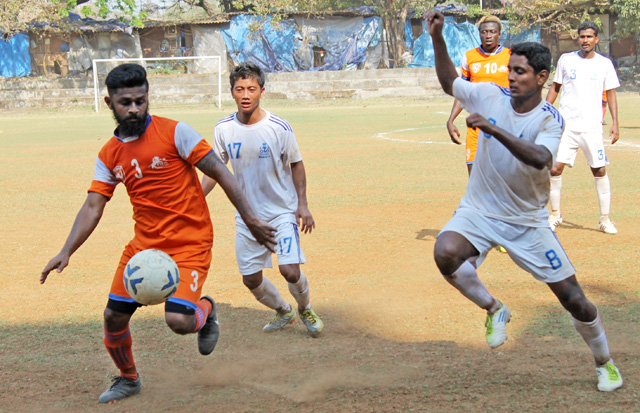 Karan and indina navy’s players fighting for the ball