Mumbai – 14th October, 2014: Mumbai FC have signed 23 year old midfielder, Pradeep Mohanraj to their squad. Pradeep last played for the Mumbai Tigers Football Club that was disbanded earlier this year. Prior to that he played for Air India and Chirag United Kerela(Viva Kerela). 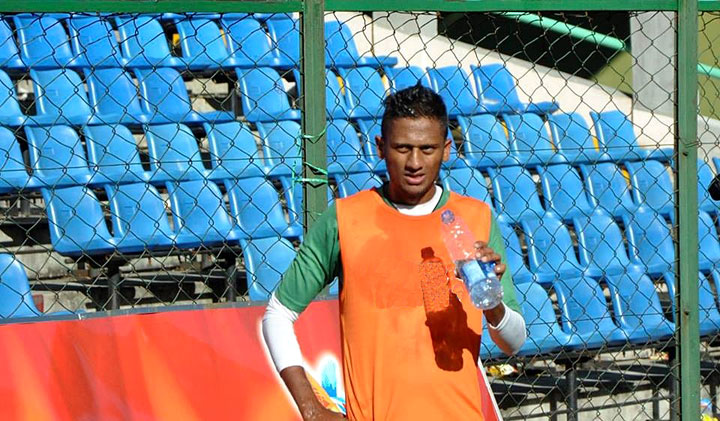 On completing his move Pradeep said, “I am happy to have signed for Mumbai FC. It’s my 4th year in this city. I am comfortable here and therefore I wanted to play for Mumbai FC. The fact that I have played for Mumbai before will make it very easy for me to adjust here.“

The 2012 Durand Cup winner added, “Another factor was that Mumbai plays in the I-League. At the age of 23, I am at the peak of my career and I really wanted to play in the top tier of Indian football. I look forward to joining my teammates soon. I am sure I will have a fruitful time here.”
Mumbai FC Head Coach Khalid Jamil displayed his pleasure as he stated, “Pradeep is an important addition to the squad. He increases the squad depth and the eagerness he shows to win matches will play an important role both for his growth as well as the players around him.”