With 419 inspiring appearances over two decades, the former Swedish National Team Captain is also among Arsenal FC’s most loved players of all time

Mumbai, 18th September 2014: Mumbai City FC today announced the signing of the outstanding Freddie Ljungberg as the marquee player for the inaugural season of the upcoming Indian Super League (ISL). Karl Fredrik Ljungberg, better known as Freddie Ljungberg, is a former Swedish National Team Captain and a midfielder who has been a critical part of football clubs such as Arsenal, West Ham United and Halmstads BK. His presence at Mumbai City FC will ensure the team has a strong midfield with Ljungberg comfortable playing on either wing in midfield. 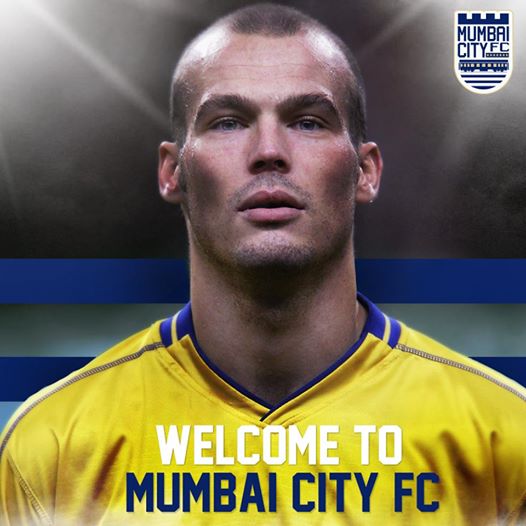 Ljungberg is recognized the world over for his skill and contribution to the sport when he was part of Arsenal’s feared lineup in the early part of this millennium. For several seasons, he played a major role for the club including being a member of the unbeaten 49 game run for the team. In 2008, Arsenal’s manager Arsène Wenger placed Ljungberg 11th in Arsenal Gunners’ Greatest 50 Players. For his home country of Sweden, Ljungberg has earned 75 caps scoring 14 times.

Speaking about the signing, team owner Ranbir Kapoor said, “Mumbai City FC is immensely proud to sign a player like Freddie Ljungberg today. As a former Sweden captain and Arsenal great, the world football fraternity understands what he is worth and I’m sure Mumbai’s football fans will be delighted with his presence in the team. He will enrich us with his talent and experience and we look forward to seeing him making Mumbai proud in the coming season.”

After joining the Mumbai City FC team, Freddie Ljungberg said, “Mumbai City FC presents a thrilling opportunity to play in India and I’m glad to be part of the team in the very first Indian Super League season. Talented Indian players together with the likes of Anelka, Friedrich, ?movš and others will make the team an exciting outfit and I look forward to contributing to the team’s success.”

Ever since the Vittsjö born talent started playing football, he was credited as being someone who was remarkably capable for his age and a player who would pass the ball to his friends so that they would have a chance to score. At the age of 12, Ljungberg convinced Halmstads BK to move him from p12 to p14, which was against Halmstad’s policies at the time.

At age 14, he joined the junior team under Coach Robert Nordström. His perseverance paid off because three years later he was moved up to the senior team where he made his senior debut on 23rd October 1994 in the Allsvenskan against AIK. In 1995, Ljungberg played 31 games in which he scored his first goal as a professional player. That same year Halmstad won the Swedish Cup.

Ljungberg was signed by Arsenal in 1998 for £3 million, which at the time was the highest transfer fee ever for a Swedish player. Arsenal scouts watched him for over a year and Wenger took the unusual step of authorizing the signing after watching Ljungberg play for Sweden in their victory against England on television, without seeing him play live.

Ljungberg proved himself without difficulty and scored on his debut after coming on as a substitute against rivals Manchester United, the match ending 3–0. Some of Ljungberg’s best form came in the second half of the 2001–02 season, when Arsenal won their second Premier League and FA Cup double.

Ljungberg became a regular in Arsenal’s starting lineup following the departure of Emmanuel Petit and Marc Overmars in the summer of 2000. For several seasons he played a major role for the club including being a member of the unbeaten 49 game run for Arsenal.

Mumbai City FC welcomes Freddie Ljungberg to its fold and his addition strengthens the football club further ahead of its inaugural Indian Super League season.

Mumbai City Football Club or Mumbai City FC, is Mumbai’s franchise in the inaugural Hero Indian Super League. Bollywood actor and football enthusiast Ranbir Kapoor and chartered accountant Bimal Parekh together own the team. Mumbai’s D.Y Patil Stadium is the team’s home stadium. The team’s logo is a reflection of a resilient fortress that stands proudly, surrounding the logo that signifies the unrelenting, determined spirit of the city. The seven stars symbolize the islands that form Mumbai. Trains that are the very lifeline of the city ply millions of Mumbaikars across its vast expanse and connect these islands. Each passenger, each citizen of the city is bound together by their love for the place they call home. 20 million citizens, 20 million hearts pulse to a single beat – the heartbeat of Mumbai.