I am very confident about my half line and this would be our main strength: Augusto D’Silva – Maharashtra sub junior team Coach

Fresh from his side’s 6-0 thumping of Gujarat in the first round of qualifying from the west zone of the National sub junior football championship for the Coca Cola Cup, coach Augusto D’Silva was talking about his team, the victory, his key players and the tournament ahead, and also about the Indian Super League and its impact on Indian football. 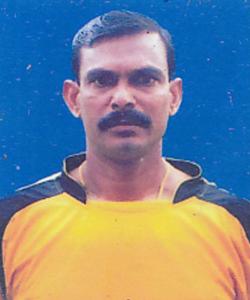 Augusto D’Silva’s Maharashtra U-15 team hit Gujarat’s equivalent for a six with a hat-trick from Kamran Ansari and goal from Krish Adhikari, Pranav Kanase and Aniket Varekar in the first of the qualifying matches held in Benaulim, Goa on 10th December 2014.

Here is his exclusive interview with Football Counter, as he spoke his heart out to us.

Q. With your team dominating the game, and putting six past Gujarat, what is your take on the team?
Ans. First of all, we got very less days to prepare this team. In 4 days we had to select 20 best players from the camp of 180 players. We tried to get best from the camp and yes, we did it to some extent. Considering it was our first game, we played very well and deserved the win and that too with a big margin of 6-0. But this is just the start, and there are lot more games still left to play. But we will do our best.

How have you molded the bunch of players into a team? What is the strategy that you used to build the team?
We are comfortable with the 4-4-2 formation and that way we make the best use of our half line. Our strategy for the game is to keep ball the possession and score, and our boys are playing as per the plan.

I am very confident about my half line and this would be our main strength. Kamran Ansari, Gaston D’silva and Nakul did a good job yesterday and they will explore more as tournament progresses.

Q. According to you, who was the best player in yesterday’s game?

Ans. No Doubt, Hattrick hero Kamran was the best player in yesterday’s game against Gujarat. But we have many good players. Nakul is also a special player. With his technical ability and intelligence he can turn any game around for us.

Q. As the west zone qualifying round is in Goa, do you feel they are the favorites?

Ans. Goa is my native place, and I know the quality of Goa football, but practically it will be decided on the pitch, and who does well on the day. We are playing against Goa on 18th December and yes, it will be the deciding match. Last year, our Under-14 team had beaten Goa 3-2, so it will be an equal and tough game I would say.

Q. What is your opinion on the Indian Super League?

Ans. I really want to thank Nita Ambani for such a great initiative, taken for the Indian Football development. The spectators are huge in numbers and the quality too has increased, but still there is a long way to go.

Q. How has the ISL influenced this competition and how is the atmosphere in Goa?

ISL has had a huge influence of ISL on Indian Football, and yes, on this event too, Goa is known for the football and Football is another language for them, ISL has added more spice to it and everyone is loving it. In our hotel and surroundings all are talking about ISL and FC Goa. If it’s up to these people in Goa, they would have such tournament twice or thrice a year.